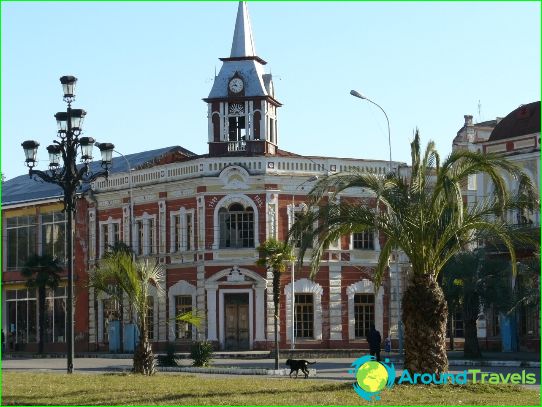 The main types of recreation in Gudauta

Prices for tours in Gudauta

The ideal time for a holiday in this Abkhazianresort - May-September. Prices in Gudauta low, but their small increase (15-25%) is typical for the summer months. To relax even more budget and at the same time to capture the wonderful weather in Gudauta can come in velvet season - in September - mid-October.

Going on vacation in Gudauta, in the road first aid kit be sure to put the drugs from food poisoning (exacerbation of food-borne infections observed in the summer months).

On the rest is better to take cash rather than credit cards, because the ATMs are found here - not so simple.

Despite the fact that almost all of the attractions are outside Gudauta, reach them easily by bus or taxi.