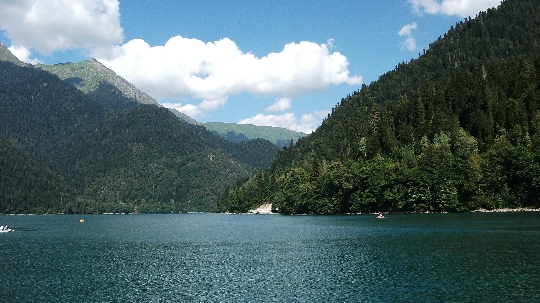 A trip to Abkhazia will surely bring a lot of pleasant moments. But, unfortunately, the public transport in the country is poorly developed.

Transport of the country is represented by buses, taxis and private shuttle.

The capital of Abkhazia, in this respect, is more developed,than the other cities. Sokhumi is possible to move on the city bus route. Besides buses Sukhumi, a city-owned, also go on Gagra and Pitsunda. For other areas of the country the main mode of transportation - bus.

Are used as means of transportationdomestic models of buses, so they ride in the heat more than uncomfortable. Also, you are given the opportunity to drive on the "Ikarus", but they do not go more than two times per hour, and very slowly.

This type of transport is only in the capitalcountries. Surprisingly, when compared to city buses, it is heaven and earth. The park is mainly represented by the new machines, which greatly improves the transport situation in the city. This trolley and walk more often than buses.

Because Sukhumi is not too big city, there are only three trolleybus route:

Directions will be paid directly to the driver.

It shuttles - the main way to get around Abkhazia. They operate on the territory of the city, and as a long-distance buses. Tour price depends on the distance.

Drivers do not bind the movement of your car to any route. Selection of bus movement depends on immediate needs, ie, Drivers simply carry people to where they need to.

Although taxis go quite often have to wait a long time when the cabin filled at the last stop. On it sometimes takes up to 20 minutes.

Money for travel should be given to the driver, as well as the turn is always a problem, it is best to keep on hand small bills. Also it is necessary to specify where the bus goes.

company is headquartered in Sukhumi. Branches can be found in Gagra and Gali. Due to this there is a single route linking all the resort areas of Abkhazia.

Abkhazia is a country soul

Where to go with children in Dubai. Entertainment ...