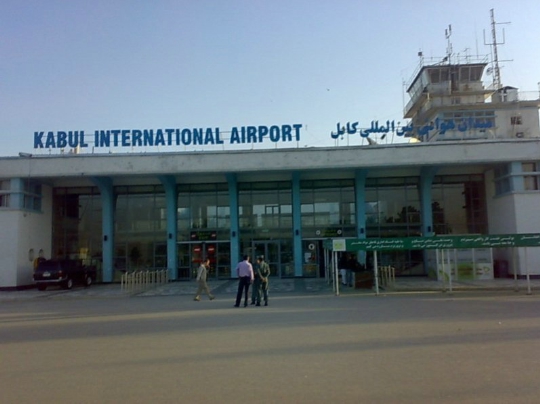 It is very difficult to call Afghanistan appealingfor tourists - permanent war, foreign intervention and political turmoil torn country and its economy is literally in shreds. As a result of hostilities state of roads in the country has deteriorated significantly, and rail links, and before that it was in its infancy. In such circumstances, Afghanistan Airports acquire major significance for those who could not refuse to visit this country.

The international airports in Afghanistan

More than forty airports operate in Afghanistan, but the international status have only two of them:

Regular direct flights from Moscow to Kabulperforms weekly Ariana Afghan Airlines from Sheremetyevo. With a connection to the Afghan capital can be reached by flights of Afghan, Pakistani, Turkish, Tajik, Azerbaijani and Indian airlines through Delhi, Frankfurt, Istanbul, Sharjah, Dushanbe and Baku.

The international airport in Kabul, AfghanistanIt called "Khwaja Roesh" and is located 15 km north of the center. City, where the airport - capital, but arriving here should observe heightened security measures. Transfer to the center of Kabul can be done by taxi (the price issue for 2015 is about $ 20), but it is better if the traveler will meet representatives of the hotel or friends.
The important point for the aliens landed -receive the registration card, which should be retained until the return flight. To do this, go into the room with a sign Duty Free immediately after passport control. No alien registration card border guards do not let the country and the restoration of the lost is possible only in the Ministry of Foreign Affairs.

The city, where is located the second InternationalAfghan airport was badly damaged during the war, the 80-ies of the last century. After the restoration of the airport in 2001, he again was not lucky - the regular military action brought severe damage to the strip and the building of the passenger terminal.
In 2007, the Kandahar airport and restoredhere today are committed, mainly domestic flights, though the runway and equipment allow you to take and international. Kandahar - an unsafe place for tourism, and therefore attempts to use its air haven, can not be considered a reasonable solution.

Education in Greece. Study in Greece - ...