Home>Articles about Afghanistan>Coat of Arms of Afghanistan: photo, value, description 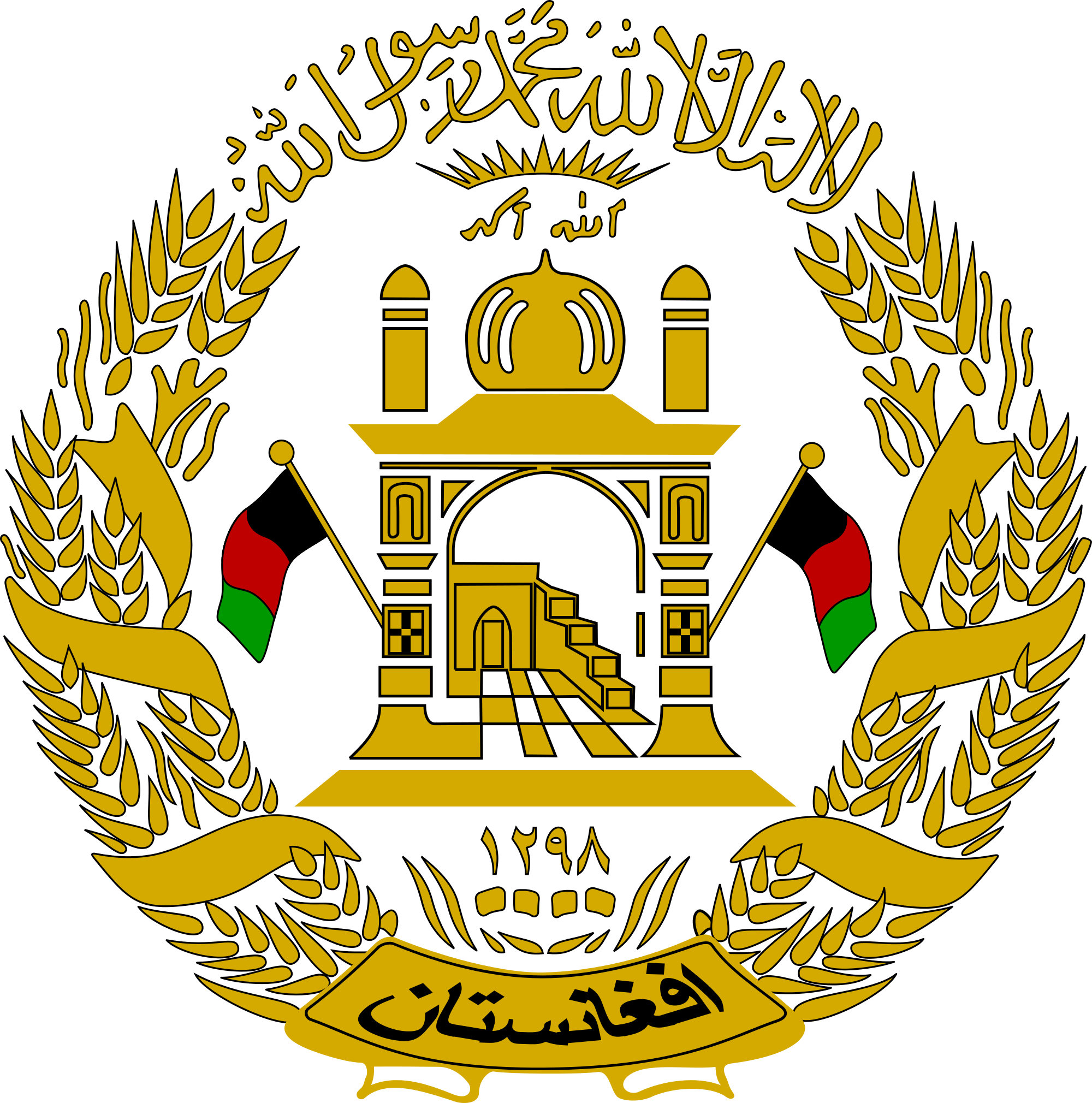 Small in size Islamic country for manydecades is in the center of the planet. The reason for that is not stopping the war for power in the country, the participation of Soviet troops, the United States Army. This coat of arms in Afghanistan, appeared almost from the moment of formation of the state, it is peaceful, unlike other countries, the national symbols.

The long history and iconic symbols

Image Emblem Emirate of Afghanistan, which appeared in 1901, similar to the modern character of the country, whose main elements are:

The color palette is the one hand, veryrestrained. Coat completely made in gold color. The only elements that differ in color, are the state flags, painted in national colors.

The emblem of Afghanistan reflected the main sacredsymbols of Muslims, including Mecca, which is considered the main city of Islam, the Muslim pilgrimage center. In reality, the town is located on the territory of Saudi Arabia.

Another symbol of the Muslim religion,present in the main Afghan symbol - the mosque. It shows part of worship with the mihrab, a niche in the wall, which usually decorated with columns. The mihrab prayer imam prayer leader.

Another important detail of the emblem - a prayermat, without which it is impossible to imagine a Muslim. This subject is of great importance to the traditional culture of the Muslims. Coming in a Christian home, a spokesman for the Islamic faith, sitting on his mat, as it is in its territory.

Friendship with the Soviet Union

Over the past few centuries, the coat of armsAfghanistan has changed many times. In most cases the changes were minor, radically new country's official symbol is displayed when the Soviet Union came in friends.

In 1980 came the emblem of Afghanistan, whichits shape and the elements is very much like the main characters of the Union republics. For example, the rising sun, the red five-pointed star crowning the composition, or a wreath of ears, intertwined with ribbons, painted in national flag colors. In 1987, the star disappeared that symbolized the changes in the foreign policy of the country.