Home>Articles about Afghanistan>Rivers of Afghanistan - a photo, a list description 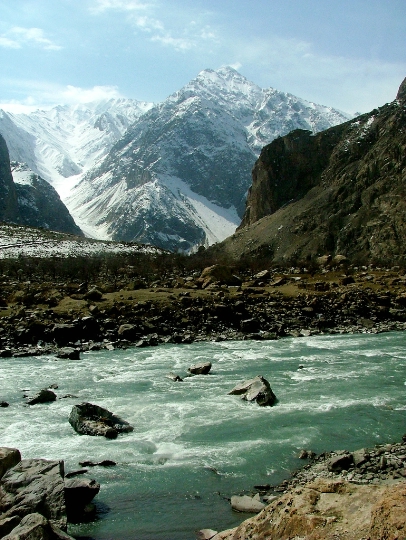 Arghandab - one of the central part of the riverAfghanistan. The source of the river - a hill located near the town of Ghazni. Place confluence - channel Helmand River. The total length of the course - 400 kilometers. The water in the lower reaches of the river is used for irrigation, but that's populated territory can not be called a river valley. Selenium is not too much.

Helmand - the river which passes through the lands of the channeltwo countries: Afghanistan and Iran. The total length of the course - 1150 kilometers. The source of the river are located on the ridge of the Bab. Place confluence - water Hamun Lake (Iran). At the confluence forms the swampy delta. In addition, the river bed is divided into a sleeve, which direction does not change very often.

Kabul - one of the major rivers in the eastern partAfghanistan, which is the right tributary of the Indus. The total length of the channel - 460 kilometers. The source of the river is located on the slopes of Ginduksha (southern slopes), at the confluence of two rivers and Unai Hearsay. The main tributary of the River - Pandzher.

The bed of the river passes through several cities: Kabul; Jalalabad; Peshvar. Almost throughout the year the river has a low level of water in the summer and only spreads as a result of melting glaciers. River water is used exclusively for irrigation.

Beautiful name Pandzher river literallytranslated as "Five Lions". Pandzher - one of the main tributaries of the Kabul River. The riverbed runs along the bottom of the Panjsher canyon (north-east of Afghanistan). The river is not very shallow depths, and virtually throughout the year and only in the summer, when they start to melt glaciers, river overflows. The river is used for irrigation.

Tedjen passes through the lands of the three states -Afghanistan, Iran and Turkmenistan. The total length of the river bed - 1150 kilometers. In Afghanistan, the river is called the Hari Rud. The source of the river - Hissar ridge (southern spurs, central Afghanistan) - the confluence of two rivers: Shorkul and Siahnashma.

In its upper reaches Harirud - rough mountainriver passing through a narrow valley, but bypassing the city of Herat, she calms down, becoming the usual plain river. After Herat oasis river again becomes a mountain. And such current transformation occurs several more times.

Flag of Tuvalu: photos, history, color value of the state ...