Rivers of North America - a photo, a list description

Articles about North America
by aroundtravels 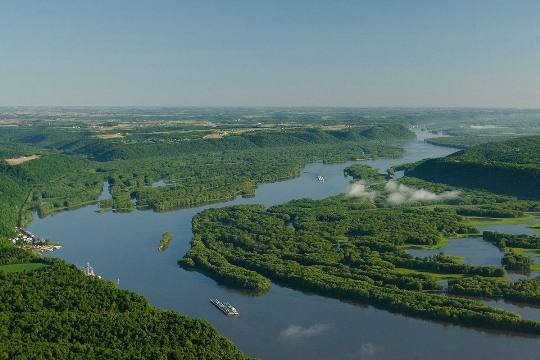 North American River are interesting enough in terms of travel, since the alloy will not only fun, but also quite informative.

Missouri is one of the major tributariesMississippi. The source of his she takes in the southeastern part of the state of Montana. Conventionally, the opening of Missouri was started in 1803, when Thomas Jefferson (then US president) has asked Congress to allocate a certain amount. These $ 2,500 and was used to finance the expedition.

The result of a long journey (May 1804 -September 1806) was the emergence of a full-fledged river card and opening a new path in the western part of the continent. Modern Missouri - one of the main arteries of the country's river, its banks are already almost fully investigated.

Mississippi The name means "great river", and consider it as such because of the strong currents. But the truly affluent, it becomes just as close to the southern part of North America.

The second title of the Mississippi - the river of the Holy Spirit. She got it from the Spaniards, and which belongs to the pioneers of the right (1541). But we explored the river channel from the source to the mouth, and the French. "Golden Age" in the history of the river was the period of the appearance of the paddle steamers, and the very first of them took place on the waters of the Mississippi in 1811.

Quite interesting and unusual river looks aroundSt. Louis, Mississippi, where the water flows into the Missouri. Over 40 kilometers of blue waters of the Mississippi flows, without mixing with the turbid yellowish streams of Missouri. It is also surprising and the fact that fresh Mississippi water do not mix with the ocean. River bends around the Florida peninsula and dissolves in the Gulf stream.

In the language of the local Indian name YukonIt sounds like "great river." Its total length - 3187 km. Until the early 19th century to the Yukon in general none of the Europeans was not known. And the first white man got on its shores, was Peter Korsakov in 1819.

But the most popular Yukon, or rather its tributary - the river Klondike, began during the "gold rush", when its banks rushed hundreds of thousands of miners.

In winter, the air temperature on the coast of the river, can drop to -50 ° C creepy. A winter in these parts lasts almost six months of the year.

The capital of Iceland: map, photo. What is the capital city in ...