Articles about North America
by aroundtravels 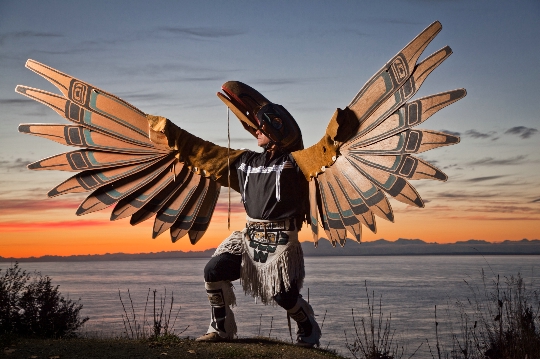 This vast continent call homeRepresentatives of various nationalities, many of whom live in North America for hundreds and thousands of years, while others have adopted new land only in the XV-XVI centuries. The first settlers set foot on this land after the expeditions of Columbus and their ships came from Holland and England, Portugal and Spain. The mixing of different cultures helped to be born awesome and colorful traditions of North America, which today are the object of attention of travelers from all over the world.
Thanksgiving Day and honoring corn wreaths onthe door on any occasion and rectangular grid of streets, school buses and joint tea party in the temples - the tradition of the North American continent may seem interesting person absolutely any religion, level of the social hierarchy, gender and age.

Before the American tradition of Europeans -North and South - were only customs and way of life of its indigenous population. Only the North American Indians, numbering several million, and the tribes, uniting them - more than six. Each tribe led his farm, had its own rituals and celebrations, various occupations and material prosperity.
Modern Indians almost completely assimilated into American society is multi-ethnic, but some traditions of North America, they inherited from their ancestors, they are trying to save:

So sounds the main slogan of the famousCompany "DeBirs" controlling the production and sale of rough and polished diamonds in the world. Its success is largely based on the traditions of America (North, mostly, but also the South in some countries) to give the ring during the engagement. Potential suitors in the US and Canada can not make an offer, do not handed with the diamond ring, the stone size should be quite impressive. In the US, laughing, that "less than five carats - is not love," but in every joke, as we know, is only a fraction of a joke ...