Airports in Argentina - a list of international airports in Australia 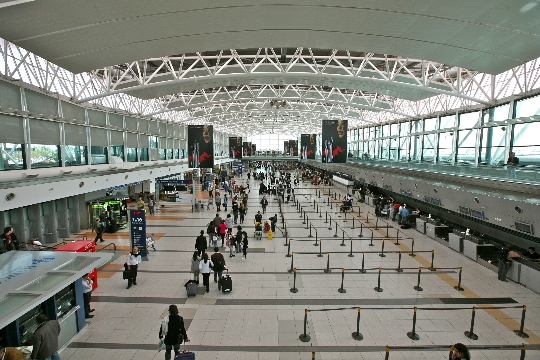 One of the most attractive countries in South America,Argentina is loved by tourists from around the world. Tango School, ski resorts, perfect steaks and gaucho culture - weighty reasons to land at one of the international airports of Argentina and enjoy an exotic vacation on the other side of the world in the southern hemisphere.

The international airports in Argentina

The most popular among tourists air gate of the country - is the airport in Buenos Aires. In addition to his international status are:

Russian airlines do not make directflights to the country and get to Argentina from Moscow or St. Petersburg can only be with a connection in one of the European capitals. Travel time from Russia to Argentina without considering transplant will be at least 15-16 hours depending on the flight and the airline. The most efficient flight options, you can "catch" by signing up for news and special offers such as the Spanish airline Iberia, Alitalia, British Airways, Air France and German Lufthansa.

At 22 km south-east of the center of Buenos Airesspread runways Eseyry International Airport. It is the largest air gateway of the country, carrying up to 9 million annually. Passengers and taking apart the sides of the neighbors on the continent flights of European carriers like Lufthansa, Air Europa, Iberia Airlines, Alitalia, KLM, Air France and British Airways. Transfer to the city can be done in several ways:

Additional information on flights, timetables, online scoreboards and information about the infrastructure and the services provided can be found on the official website - www.aa2000.com.ar.
The second capital airport is named after the Argentine Jorge Newbery, caters to domestic flights and take the side of Brazil, Chile and Uruguay.