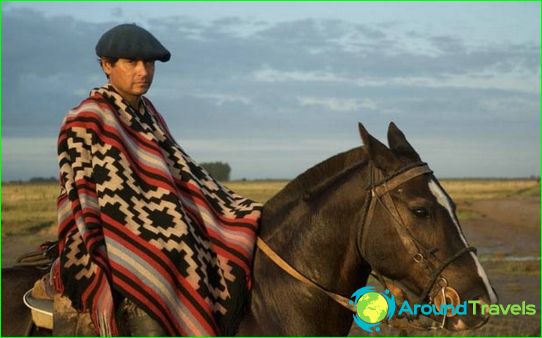 Argentina has a population of over 42 million people (1 sq km is home to 15 people).

In the past two centuries in Argentinathere was a large influx of migrants from Italy. Today, the Italians have a strong influence on the culture of the country: in some cities, entire neighborhoods are formed, which are populated by ethnic Italians, who had become the Argentines (anyone who was born in Argentina, is the Argentine).

Today in Argentina mainly come peoplesfrom South America - for the last 5 years the Argentine population is replenished Peruvians, Bolivians and Paraguayans. With regard to the indigenous people (Indians), in Argentina, their lives are much smaller than in other Latin American countries.

National composition of Argentina presented by:

Official language - Spanish, and have a widespread Italian, French, Portuguese, English and German.

Despite the fact that over the past 20 yearsArgentina's population, life expectancy has increased, and the increased number of diseases associated with bad habits. Cardiovascular and respiratory disease, depression, diabetes, stroke, traffic accidents ... All these factors are causes of loss of healthy years of life of the Argentines. Argentines living would be even higher if less smoking, not abusing alcohol and eat right.

The traditions and customs of Argentineans

Argentines - sociable, friendly, though touchy people (long the evil they do not hold).

A significant event in the life of Argentines - wedding. Girls are allowed to marry 15 and boys - from 18 years and younger do save up for his own wedding (parents only assist in the organization of the ceremony).

If the wedding celebrate at home, the newlyweds asusually give a bottle of wine and a bouquet of flowers. If the celebration is celebrated in the restaurant, the guests presented expensive gifts to young, and, after guests send special cards, which indicate how best to present to please the newlyweds. The official part of the wedding begins at 19:00 - the couple signed a prenuptial agreement in the municipality, then all sent to the church for the wedding ritual and wedding banquet. Argentine tango wedding is taking place under the rhythms and accompanied by Argentine music.

If you do not want to seem rude person upon arrival in Argentina must comply with certain rules of conduct: