History of Yerevan. The base development, occurrence of Yerevan 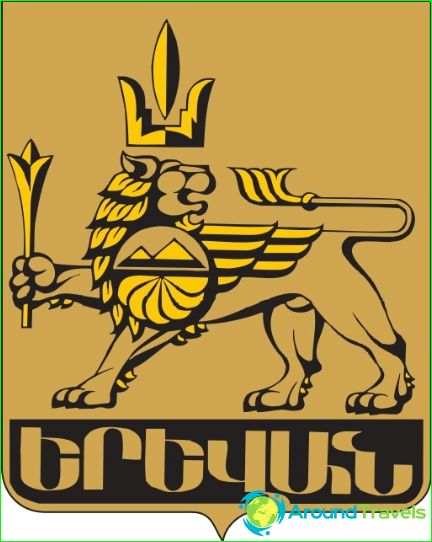 Yerevan - the capital, political, economic, scientific and cultural center of Armenia, as well as one of the oldest cities in the world.

The base and flourishing Evrevana

In 782 BC the king of the ancient powerful state of Urartu (also known as Ararat, Biainili or Kingdom of Van) Argishti I founded in the Ararat valley on Arin-Berd (south-eastern edge of modern Yerevan) fortress city Erebuni, which, in fact, the history of Yerevan begins. One of the evidence allowed historians to pinpoint the date of foundation of Yerevan, has become found in the ruins of the fortress in 1950, quite well preserved to this day the old stone slab on which many centuries ago in cuneiform craftsman put the line: "the greatness of God Khaldi, Argishti, son Menua this mighty fortress built and established her name Erebuni for the power of the country and Wang to terrorize the enemy of the country ... ".

In the VI-IV centuries. BC. Yerevan was one of the most important centers of the Armenian satrapy in Achaemenid Empire. Unfortunately, information about the history of Yerevan in the IV. BC. - III in. BC virtually non-existent, and this period is often called the "Dark Ages of Yerevan."

By the middle of VII century, most of the Armenianland was under Arab control. In 658, the Arabs conquered and was located on the crossroads of important trade routes between Europe and India Yerevan. At the beginning of the IX century Caliphate influence has weakened considerably, leading to a more flexible policy towards Armenia, and then the restoration of the Armenian statehood. Yerevan has become part of Bagratuni kingdom (Kingdom of Ani). In the XI century the city was dominated by the Seljuks.

In 1387 Yerevan was conquered and plundered by Tamerlane and then became the administrative center Ilkhanate (better known as «Ilkhanate» in Western historiography).

In contrast to the relative calm of the XV centuryXVI-XVIII century brought a lot of trouble to Yerevan. Strategic importance of the city has made it one of the main arenas of devastating the Turkish-Persian wars. Significantly decreased and the population of Yerevan, including due to the mass deportation of Armenians in 1604, carried out by order of Shah Abbas I. In 1679 as a result of the earthquake most of the city was destroyed.

In October 1827 during the Russian-PersianWar (1826-1828 gg.) Yerevan seized the Russian troops. In 1828, after the signing of the Treaty of Turkmenchay, lands of Eastern Armenia withdrew the Russian Empire, and Yerevan became the capital of the Armenian region (since 1849 - the Erivan province). At the end of the war the Russian Empire initiated and funded the repatriation of Armenians from Persia and the Ottoman Empire to their historical homeland, and therefore the proportion of the Armenian population in Armenia has increased dramatically.

By the middle of the XIX century, in spite of the status of capitalprovince, Yerevan was just a poor provincial town. Yerevan gradually began to grow and develop. In 1850-1917 gg. a number of institutes and colleges was established, founded a printing house, built several factories, railway, as well as the telephone line is drawn. The intensity of Yerevan construction started in 20-ies. XX century, when Yerevan was already the capital of the Armenian SSR. The master plan was designed by the famous architect Alexander Tamanyan, who incredibly managed to combine harmoniously in the architectural appearance of the "new Yerevan" neoclassicism and Armenian national motives. The city grew rapidly and soon became a major industrial and cultural center.

Until 1936, the city officially carried the name "Erivan" after which it was renamed to Yerevan. In 1991, after the collapse of the Soviet Union Yerevan it became the capital of independent Armenia.