Coat of arms of Armenia 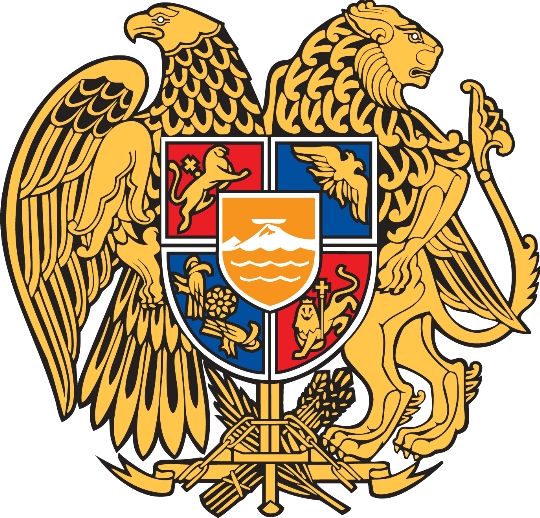 Once part of the great former Soviet UnionRepublic came to its own independent path of development. Many of them are loyal to the Soviet tradition, while others deny the recent past, draw strength and inspiration from the depths of history. If you look at the coat of arms of Armenia, it may be noted that it is based on historical symbols and signs.

Although it is based on no ancient emblem of thecountry, and the arms, which belonged to the First Republic of Armenia, and has been a work of art of great artists Alexander Tamanyan and Hakob Kojoyan. Chief symbol was adopted in 1992, some adjustments were made in 2006.

The main and additional elements

Coat of modern Armenia is a magnificent image with many basic and additional (not to say minor) details. Among the main elements are the following:

And although Ararat is now Turkeyterritory, it still remains a symbol not Turkey, but Armenia. It is to the top of it, according to legend, landed the ark built by Noah wise. Therefore, it is impossible to imagine the main symbol of the country without this element.

The symbols of each of the Armenian kingdoms and one more tribute to tradition, emphasizing the continuity of generations, the desire for independence and self-reliance.

The eagle and the lion are frequent guests on postersdifferent countries of the world, the image of these animals appeared earlier in the arms of some Armenian kingdoms and noble families. It is a symbol of nobility, pride, wisdom.

At the bottom of the Armenian coat of arms can be seen evenFive elements each of which carries a specific nominal load, and plays an important role. Broken chain - a symbol of the desire for freedom and independence, ears of wheat talking about hard work of local people, the sword - its strength and readiness to confront any enemy, the branch said about the great potential of the Armenian nation.

Coat of arms of the country is different multicolored,basic tone - gold, each of the kingdoms shown their colors (red and blue), Mount Ararat orange. As the authors of the emblem assure these dominant colors were Armenians, they were used in the arms, on the banners and standards.

The suburbs of Baden-Baden - photos, what to see