Home>Articles on Australia>Coat of arms of Australia: photo, value, description,

Coat of arms of Australia 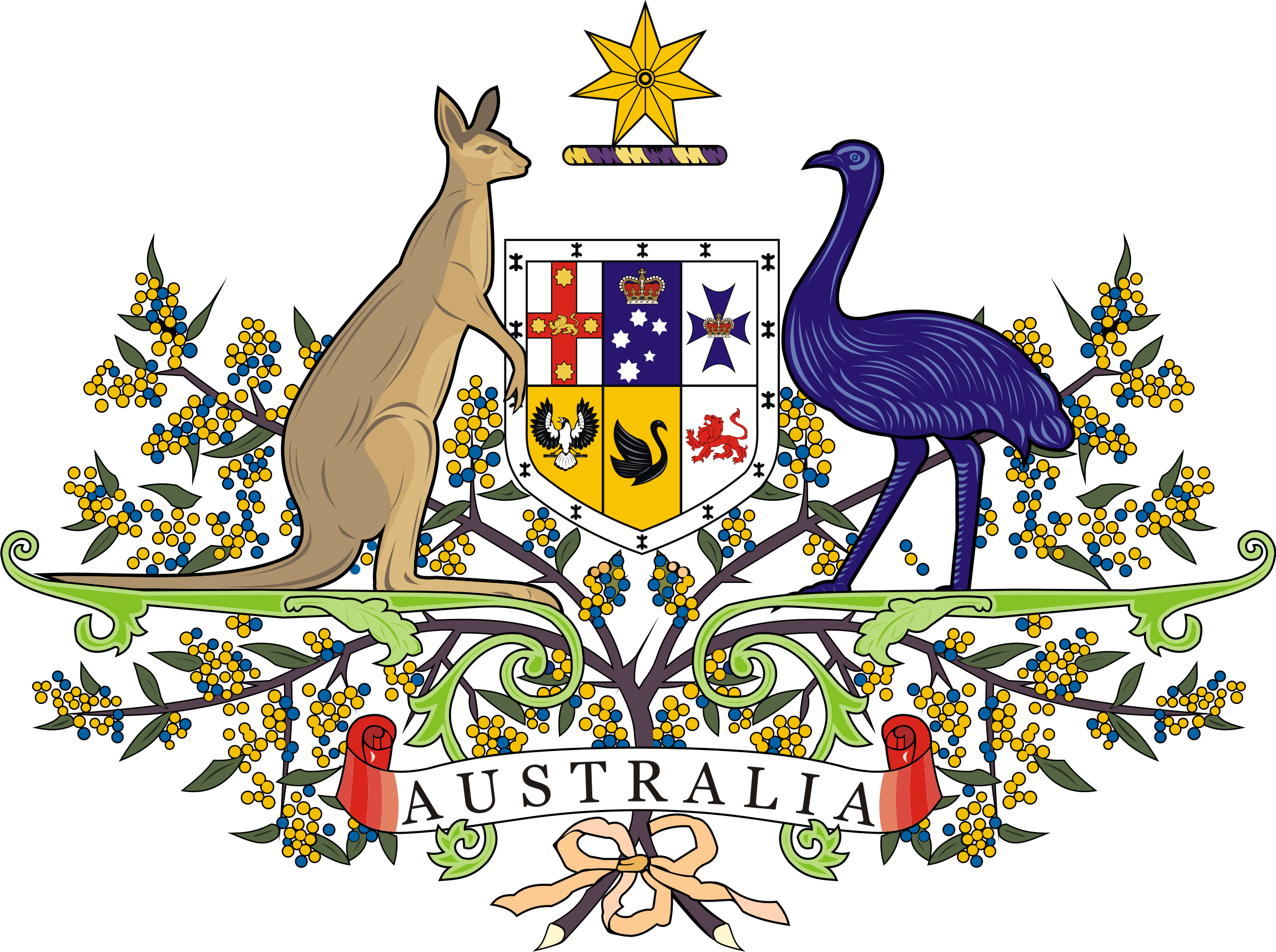 Because at the time, these distant landswere under the protectorate of Great Britain, the Australian coat of arms could not be born without the participation of the British monarchs. Officially, the first main symbol of the country received the grace of King Edward VII of, and it happened in the distant 1908.

And in 1912 the country was given a new coat of arms, on theThis time, King George V, although old continued "use" another fifty years, in particular, it was printed on a sixpence, local swap coins.

Because Australia is aequal union of states, of which there are six, it could not affect the image of the emblem. It is a shield divided into six parts, each of which is located coat of a state.

Above the shield is the so-called"Star of the Commonwealth", she has seven rays, six of them represent states, and the seventh - as it is Australia and its territories. This element is located above the torse is a popular heraldic element. The Australian coat of arms he made in basic colors, gold and blue.

The original meaning of torse - Clothroller, which is worn over the knight helmet and softens the blow in the battle. Later, the appearance of this element on the board meant that a knight - a warrior, since participated in the battles.

Major animals on the arms of Australia

Shield support red kangaroo and the emu,without clear explanation as to why these particular fauna chosen for the image on the emblem. And the kangaroo and emu in the wild are found only on the continent. In a figurative sense, they are the original inhabitants of the country.

There is another symbolic explanation of whythe choice fell on these animals. It is believed that they can only move forward (symbolic of the country forward movement), although biologists argue that emus and kangaroos, and are able to move back, but only rarely resorted to this method of transportation.

Informal part of the emblem

The main symbol is a shield with the arms onlystates. But in the full board it is located on the background of acacia, supported by animals that match the main motto: "Forward, Australia!", Although if translated literally, the phrase sounds a little differently - "Australia, perfection." This motto and base are also not part of the official coat of arms.