North Australia - Australia's cities and resorts of the north 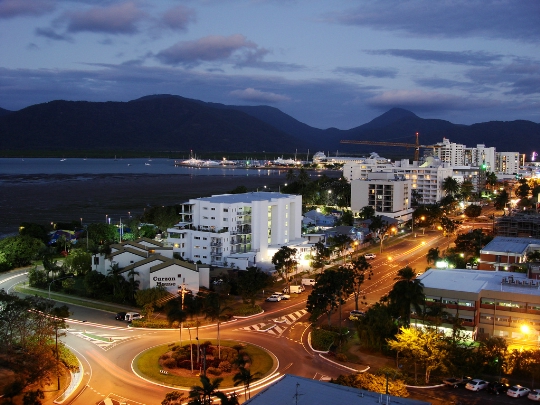 North Australia - is the northern peninsula of the country: Arnhemlend, Cape York, Kimberly, and part of the mainland that are adjacent to these areas from the south. Go to the southern lands is carried out by changing the landscape and climate. Northern Australia has a very rugged coastline. On this side of the continent has access to the seas of the Pacific Ocean: Arafura, the Timor and the Torres Strait.

Bays Van Diemen, Carpentaria, and Joseph-NapoleonThey are located on the continental shelf and crash into the coast. There are many islands and coral formations. The relief of the northern part of the country is represented by lowlands and plateaus. There are also small and not very high mountains. At the north point of Australia is considered to Cape York. Next to the north-east coast stretches the Great Barrier Reef, which is the largest coral reef on the planet. Its length is greater than 2000 km.

Weather conditions in the country differdepending on areas. Seasonality is expressed opposite seasonality in the Northern Hemisphere. In the north of Australia's tropical climate, which is characterized by dry and wet seasons. The temperature varies little throughout the year. In winter the average temperature is 22 degrees, and 33 degrees in summer. In the central areas the climate is hot. In the southern areas occur cold winters, particularly in mountainous areas.

Status of flora and fauna is highly dependent on reliefand climate. North Australia is experiencing water shortages during the dry season. The vegetation cover is formed depending on the duration of the rainy season and the amount of precipitation. Coast covered with palm trees and other plants, which carry the tides. Carpentaria Gulf Coast have mangroves. Rainforests are found in the eastern regions. There grow rubber plants, palm trees, laurel trees, eucalyptus trees, ferns, pandanus, vines and other Animal world -. Are representatives of forest and savannah. In the northern parts of Australia are found kangaroos, emus, wombats, koalas, crocodiles, and other animals Lyrebirds. The peculiarity of the individual areas are buildings by termites. The considered territory inhabited by rare. For this reason, its natural resources are poorly utilized. In some areas, there is diamond mining, oil, bauxite and uranium ore. Agriculture in the north of the country is not developed due to unsuitable agro-climatic conditions.

One of the most beautiful resorts in the countryCairns is considered. This northern corner of Australia, where well-developed tourism industry. There may be a trip to the Aboriginal settlement, jeep safaris, beach holidays and others. The best and most expensive resorts of the northern Barrier Reef Lizard Island belongs.