The population of Australia. Population in Australia: features, weight, composition

The population of Australia 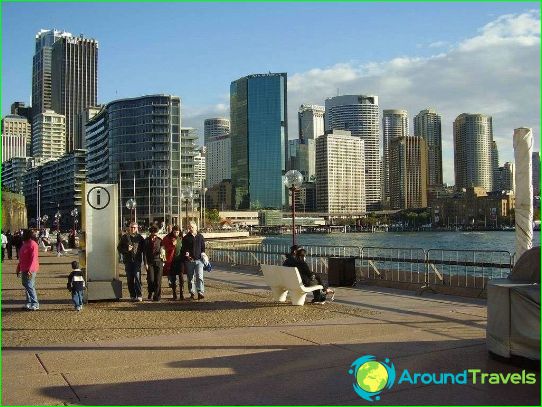 The population of Australia is more than 23 million people (Australia is considered the continent Lightly: 1 km2 accounts for only 2.5 people).
National composition:

The largest cities in Australia: Sydney, Melbrun, Brisbane, Adelaide.
The official language of Australia is English.
The bulk of the population is represented by descendants of immigrants from Ireland and the UK, continental Europe, immigrants from the former Soviet Union.
As for the Métis and Aboriginal people, theyThey make up only 1% of the population: they have been for decades deprived of basic civil rights (they can not move freely within the country, to participate in public and political life of the state). Thanks unfolded in recent years, the struggle for the rights of indigenous peoples, the Aborigines today provided an improved medical care and access to schooling.
The level of Australian life enoughtall. This is due to the relatively high salaries and low unemployment rates (when hiring a significant indicator is the presence of the Australian university diploma).

Men on average live 78 years, and women - 83of the year. And all thanks to the fact that Australians consume 2 times less alcohol than in leading countries (Estonia, France, Ireland) and 2 times less smoke than in Greece or Russia. But there are Australians peccadillo - they eat high-calorie foods (the obesity rate in the country is 24.5%).

The traditions and customs of the peoples of Australia

Australians - freedom-loving nation: as soon as the children grow up, they tend to escape from the custody of their parents, and those they do not delay in the turn (they also tend to live separately).
But despite the freedom in society, children in Australia decided to give birth in a marriage, so the purpose of marriage - to legalize the relationship for the purpose of procreation.
Residents of Australia are friendly, open and friendly: they like to joke, including on himself.
Australians love to celebrate the holidays and smallObservances: they often go on picnics, to arrange a lunch in the village alley or barbecue on the hillside. In addition, Australians like to make trips to remote bushi and rest closer to the water (such visits, usually several families roomy van is sent).
Australia has taken to raise money to carry outdifferent activities - local residents set up the tents that sell pies and other homemade pastries. Enjoy homemade food and jam? Get this yummy in such "house tents."

What to bring to Israel. What kind of things and ...

Geneva Shops. Shopping malls and boutiques in the ...