Home>Articles about Austria>Articles on Vienna>The streets of Vienna - the photo, the name. List of well-known streets in Vienna

The streets of Vienna - the photo, the name. List of well-known streets in Vienna 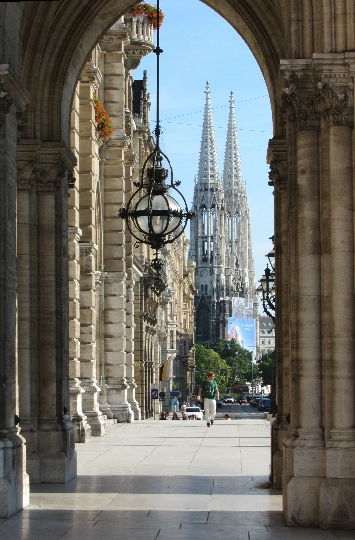 Vienna - Austria's main city. References to it are found in documents dating from the 9th century. In ancient times the territory of Vienna lived Celtic tribes, then there laid a fortress by the Romans. Vienna's streets are full of attractions, including the surviving from the 12th century. In those early years, the city was considered the seat of the Austrian rulers. Then came the famous Viennese Ring Boulevard. you can see the buildings in different architectural styles in the streets. A large number of old streets - is a virtue of the city in terms of history lovers.

This is the central pedestrian street is locatedin the inner city. In the beginning it is the cathedral of St. Stephen in the middle - the Vienna Opera, at the end - Karlplats. Street is a unique attraction, since information about it remained to 1257 Previously, she walked from downtown to the Carinthian Gate. Since Kärntner Straße is the main city thoroughfare.

One of the oldest buildings in the city is the palaceEsterhazy, located on this famous street. The palace was built in the 17th century and is considered the property of the Esterházy family to this day. Another Viennese palace - Todesco, is located opposite the Opera House.

In Vienna, there is a special area for pedestrians, havingthe shape of a horseshoe. It is formed by the streets Kärntner Strasse, Graben and Kohlmarkt. Many restaurants, cafés and shops draw people strolling on the Kärntner Straße.

The most prestigious and historic place in Vienna -Commercial Street Kohlmarkt. There are beautiful buildings and expensive shops. Facades look luxurious, as on every project made by experienced architects. Famous fountain object is considered to be on this street, built in 1391

A long time ago Kohlmarkt chosen jewelers whoThey worked for the Emperor's court. Therefore the street is traditionally considered to be jewelry. Today, it is decorated with chic boutiques and designer shops of world famous brands: Cartier, Armani, Gucci, Chanel, Bulgari and others.

Ring Street is located on the site of the ancient wallscities. It is a beautiful boulevard, on which lie the parks, elegant restaurants, palaces and public buildings. On the Ringstrasse are: Museum of Fine Arts, Natural History Museum, the Hofburg, the Burgtheater, the State Opera, and others.

Attractions in Vienna very much. If you start to see the city with the main streets, you can see the main historical sites. The main streets of Vienna form the first district (old town) - it is a small place surrounded by a ring of picturesque boulevards.