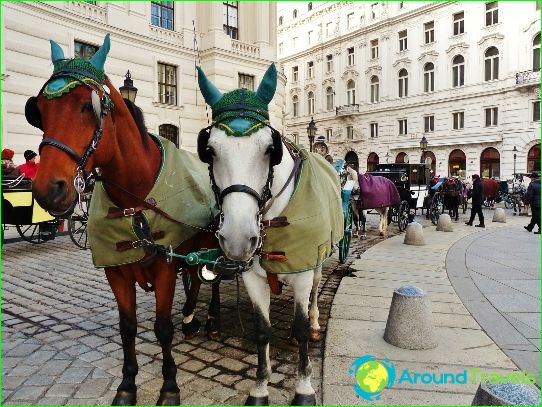 By law, the capital of Austria is considered one of the mostbeautiful cities in Europe. The architecture coexist peacefully, interweave, complement each other Gothic and Renaissance, Baroque and Empire, creating an amazing, unique appearance of Vienna.

During its long history, the Austrian capitalI saw a Roman chariot and the crowd of barbarians, noble knights, clad in armor, and the invasion of the Mongols. The territory of the former empire significantly narrowed, but her cultural space is much wider geographical boundaries.

Millions of tourists, knowing the rich history andthe amazing beauty of the annual rush to witness and appreciate the splendor. On foot all the iconic places, monuments and places of interest beyond the power of any traveler, so transport in Vienna comes to the aid of a curious traveler.

Save a significant amount on travel inmetropolitan public transport can use the Vienna-Card. 72 hours on the way to the bus, tram, metro, discounts in museums, galleries and exhibition centers. A nice bonus - lower prices in the cafe and wine restaurants. Get a map to the property can be in any tourist center or order via the Internet, to the city itself is not a moment to lose.

This beautiful name has all public transport in Austria's capital, which includes: buses; trams; Metro; electric.

There is a little secret that you need to knowtourists, falling for the first time in this city. To get on a bus or tram and thus get out of it, you have to press the button to open the door. A similar secret there at the door of the subway and electric, just here for the opening they need to rapidly pull the handle (of course, after stopping composition). Closing happens automatically.

In fact, the trams in Vienna is very modern,comfortable and convenient for passengers. Just the Austrian capital of one of the first in the world to begin laying the tram network, whose origins are from the Viennese tram.

Feature is that one of Viennatram to the neighboring town of Baden (not to be confused with the German Baden-Baden). Austrian suburb - one of the most famous spa resorts in the country, it is located in the scenic Helenental valley.

Unforgettable experiences await guests of Vienna,go on an excursion in the tourist tram that makes a kind of victory lap along the Ringstrasse. Traveling through the capital in a way, the tourist can see the city's major attractions, including the architectural masterpieces - the Houses of Parliament, City Hall, the State Opera.