Home>Articles about Austria>Coat of arms of Austria: the photo, the value description

Coat of arms of Austria: the photo, the value description

Coat of arms of Austria 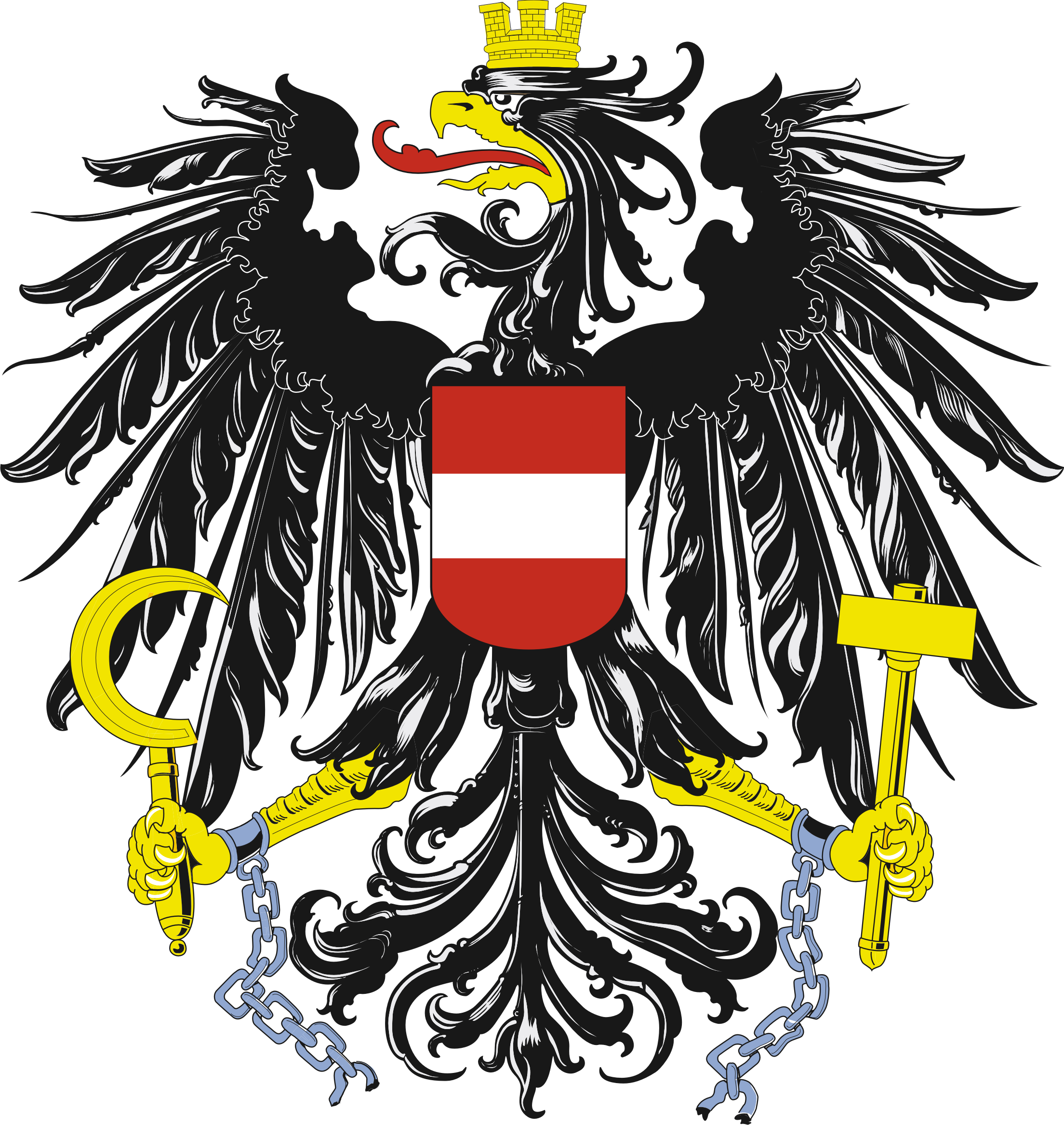 Residents of this small European countryassure that we are ready to celebrate the quincentenary from the date of the appearance of the main character of the state. Coat of arms of Austria, in fact, there was already in the XV century. The preserved silver coin times of Frederick Barbarossa captured the image of an eagle on the shield.

However, the coin was minted with a one-headedeagle, and until 1806 was the imperial symbol of the bird, which had two heads. In general, a beautiful bird of prey was a frequent guest on the arms of the different states of Central Europe, the successor of the Holy Roman Empire.

Eagle on the main emblem of Austria that appeared,disappeared, then I lost the second head, it becomes a double-headed again. Great Austro-Hungarian Empire during the years of its existence enjoyed by various coats of arms, historians call this number symbols of the Austrian Grand Duchy, the heritage of the Habsburg dynasty (the coat of arms of the Holy Roman Empire in 1605), the Emperor Franz Joseph I.

From 1915 to 1918. acted middle coat of arms Austria, where Black Eagle again had two heads, one crown crowned. Then there is a completely new character, keeping only the national colors (gold, black, red). It consists of three elements of the black tower, red ground and gold spikes, symbolizing the union of the bourgeoisie, workers and farmers. It was created in haste, he has been severely criticized, and a year later went down in history, and the eagle took its permanent place.

In 1938, Austria was annexed by Germany,the country was deprived of sovereignty and, of course, all of its state symbols. New Freedom raised the question of the emblem, the authorities decided to return to the pattern prevailing in those territories from 1919 to 1934. The only change occurred in the appearance of broken chains on bird legs.

Predatory fearsome Eagle still holdscentral to the main symbol of the country. On his chest shield, having a national flag colors. Once the Austrians could not decide on its form, the changes are quite frequent. It is currently used heraldic shield shape changes are not expected.

At the head of an eagle golden crown, a reminderCastle Tower, the wings are straight, red tongue protruding, in general, it looks quite scary. In paws he holds a hammer and sickle. Furthermore, paws were chained like, but it is broken. This symbol appeared after the victory over Germany in World War II, and means liberation from Fascism.