The suburbs of Baku - photo, what to see 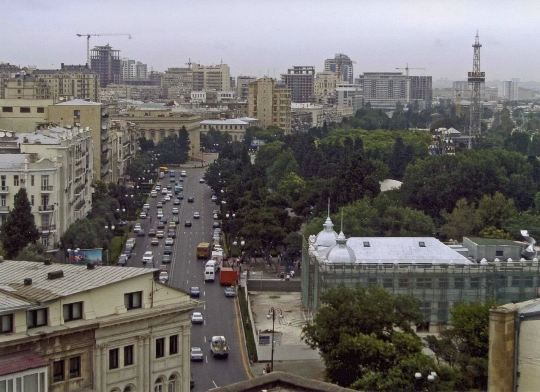 The capital of Azerbaijan - the city is very ancient. The first written mention of it appears in the early Middle Ages, although found in the suburbs of Baku rock carvings say that the first people were here in prehistoric times. The population of the city with suburbs is more than two million people.

On the shores of the Caspian Sea hoary

concentrated in the suburbs of Baku largethe number of bathing areas where prefer to spend the weekend the locals. Some beaches are equipped with good and worthy of attention and visitors to the capital of Azerbaijan:

In the north of the Absheron Peninsula is locatedvintage Mardakan settlement, where a high concentration of historical and architectural attractions. Guests of this suburb of Baku enjoy walks in the botanical garden, get acquainted with the exposition Sergey Yesenin House Museum and photographed for memory fortress with a round tower, erected in the XII century. Another unique structure of this suburb of Baku - the fortress of the XI century, square tower which is decorated with memorabilia collectible stamps issued in Azerbaijan.