Coat of arms of Bahrain 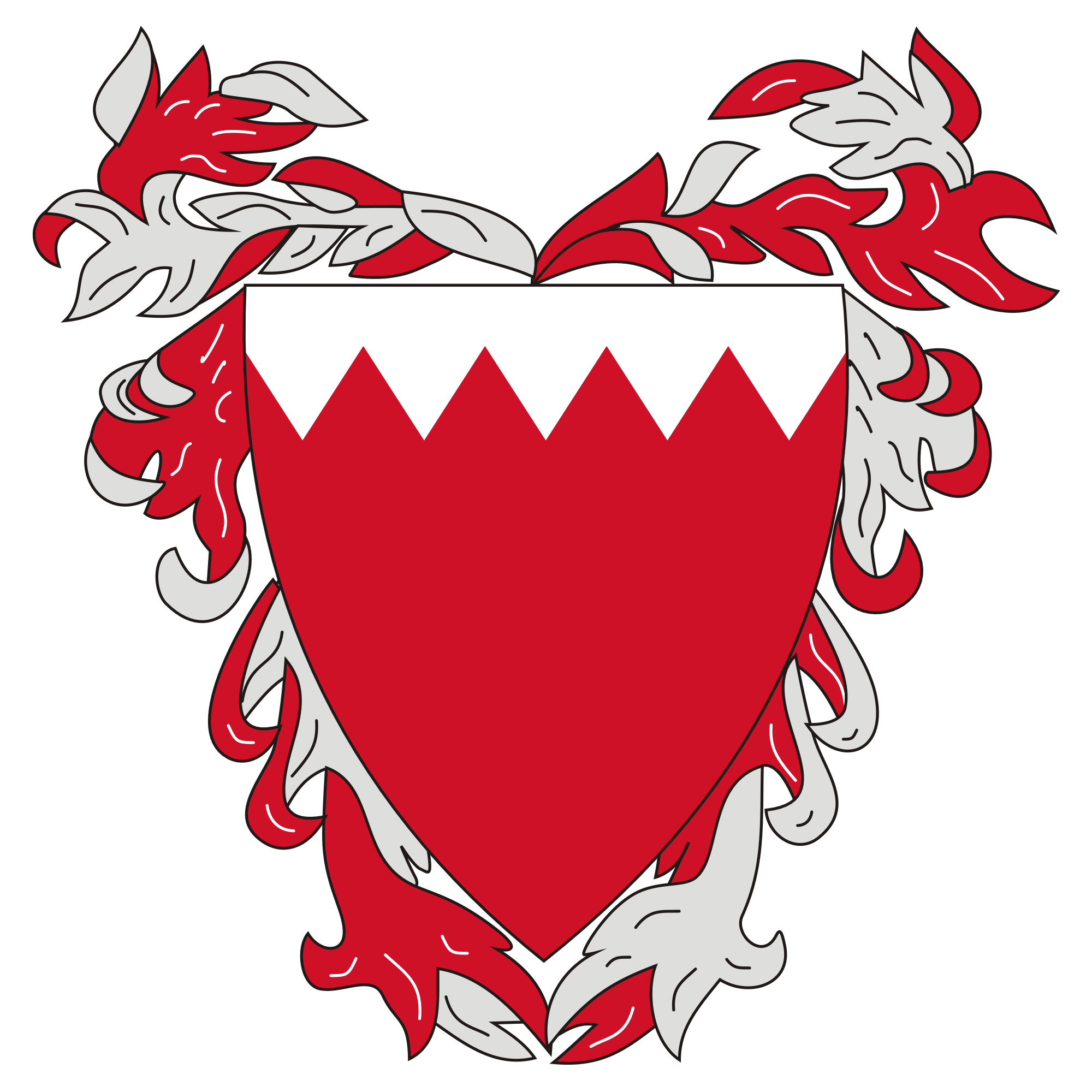 The Kingdom of Bahrain, located in the PersianBay, first, refers to the smallest Arab states. Secondly, it can be called the most mysterious and enigmatic as information about him even in the World Wide Web to find. Third, according to many researchers, Bahrain coat of arms is one of the most stylish in the world.

It is distinguished by a small number of symbols,brevity of execution and deep meaning. Ironically, the main Bahraini official symbol was developed not by local artists and heraldry, as an Englishman, whose name history fortunately preserved.

Charles Belgrave and its role in the history of Bahrain

It is this representative of AlbionIt was at the forefront of Bahrain statehood. In the 1930s, Charles Belgrave was an adviser to the Emir of Bahrain and a hand not only to the creation of the main official symbol of the kingdom, but also to other historical and cultural values.
And the coat of arms and flag of the State of Bahrain made in the same style, with the use only two colors: white, silver in the corresponding heraldry; scarlet.

First there was the flag State. Originally it was a red flag, which is associated with the Muslim sect of the Kharijites. The white vertical bar at the bottom appeared after negotiations with Britain.

But in order to white-red flag to distinguish fromthese flags, a white band limited zigzag, unique in the history of the state symbols. Since 1972, the zigzag became more rare, and now it can count five white triangles, symbolizing the same number of the pillars of Islam.

When you create a coat of arms of Bahrain, it was decidedthe preservation of the same colors, silver and scarlet as the richest and most beautiful. Save and zigzag, but it is located horizontally. The very emblem has the form of a shield, surrounded on all sides by red and white gallop.

The literal translation of the name of the architecturalFacilities - Bahrain Gate. Is located this unique architectural object in the business center of the capital, it performs the role of the entrance to one of the oldest bazaars - Manama Souq.

Combines it with state symbolsThe Kingdom of Bahrain is that the development of its design doing all the same Charles Belgrave. And if the flag appeared in the 1930s., This architectural monument was built much later. Since 1945, he decorates one of the areas of Manama.

Bus tours to Lithuania. The cost of bus tours ...

Education in Israel. Study in Israel - ...