Minsk Coat of Arms: photo, value. Description of the coat of arms of Minsk 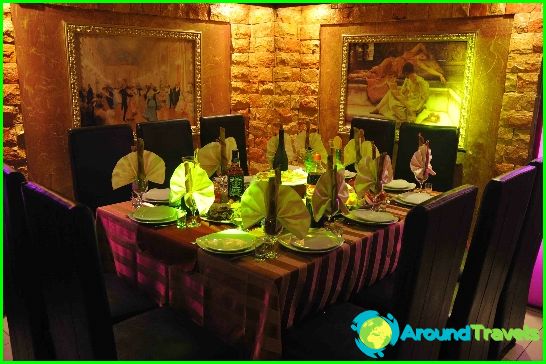 Few of the world's capitals can be proudthat their main character has a long history. Coat of arms of Minsk assigned in 1591, it happened two years after the award of the Magdeburg city rights.

Our Lady - the central image of the coat of arms

In the main the official symbol of the Belarusian capital represented the Ascension of the Virgin. In the center the Virgin Mary, which elevate the flying angels in heaven waiting for her two cherubim.

The original document of assignment of the emblem is notIt preserved, but we know that it was signed by Sigismund III of, King of Poland and Grand Duke of Lithuania. In the Lithuanian Metrics preserved copy from which it becomes clear which characters are present on the emblem of Minsk.

The National Historical Archives of Belarusstore documents related to the activities of the Minsk city council. In various official documents, you can see the impressions of stamps with the image of the coat of arms of Minsk. Fortunately Belarusians kept themselves print with the arms, over time they may be dated XVI-XVII centuries. If you carefully consider the photos of these seals can be seen that the images are different from each other. So, on one of the stamps, instead of angels and cherubs of the Holy Trinity, the other stamp depicts the Virgin Mary is not standing, and sitting on a cloud.

Once these lands, including Minsk,became part of the Russian Empire, it changed the emblem of the city. An exact description can be found in the decree of Empress Catherine II, published in January 1796. Rather, the very emblem remain unchanged, but it was depicted on the chest two-headed eagle, the official symbol of the empire.

This coat of arms Minsk was not accidental, becauseThere is a legend that in the glorious city of Kiev, destroyed by the Tatar hordes, upstream Svisloch in Minsk sailed icon. It was shown "Ascension of the Virgin." Citizens have decided that in the place where the icon has stopped, it is necessary to build a church. Soon came the first temple in Minsk, however, today the city to find it impossible to map, although the remains of the foundations remain.

In 2015 it was installed at this locationa symbolic sign that there is an image of the emblem and a number of vertical glass structures. They symbolize the Svisloch River, on which the icon arrived in the city.

The seal, which was used by the leaders of the Minsk nobility deputies meeting, the main "character", the Virgin Mary is depicted not in the traditional dress, and the dress with fashionable while crinoline.

Since 1917 and until the return of the independence of Belarus in Minsk emblem unused. Since 1991, it can be seen again on the official documents of the Belarusian capital.

The capital of the Czech Republic: map, photo. What is the capital city in ...