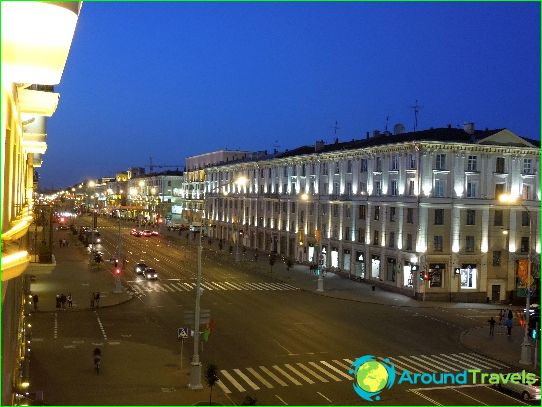 The capital of Belarus - a big modern citywith a population of about two million people. It is located in the heart of the country on the river Svisloch, and tours of Minsk can be an interesting one for a weekend or a holiday for those who are interested in the history and culture of the fraternal Russian people.

Minsk was awarded the title Hero City fora feat that made its people during the Great Patriotic War. The bombings and battles have brought devastation to the city, almost all of the old center was destroyed.
During the tour in Minsk can be seen againrebuilt after the war the city. Particularly attracted the attention of visitors its numerous monuments, each of which represents a typical Minskers - cheerful, loving to joke, workers and athletes. Lady with the Dog and the attendant, grandmother with seeds and postman - they are all created by the famous Belarusian sculptor V. Zhbanov.