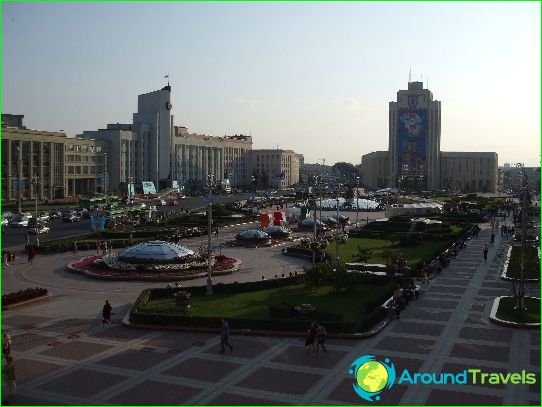 The current territory of the Republic of Belarus storesmany monuments of culture and architecture, allows us to assume that the people inhabiting this land has always been a talented and skillful. Belarus Culture is closely linked to the customs of neighboring Russia and Ukraine, if only because that part of Kievan Rus in the tenth century Belarus was baptized according to the Byzantine rite.

On the Belarusian land remained not so mucharchitectural monuments, which can bear the title of relics global scale. All because of the heavy fighting that took place here during the Second World War and destroyed many buildings and monuments. Of the remaining and restored especially recommended for travelers to see:

Francis Skaryna and the Psalms

Francis Skaryna Born in Polotsk in 1517He published the first printed book, made in Church Slavonic. He became the founder of the Belarusian printing. A considerable role in the development of culture of Belarus played and Jan Czeczot. A native of Minsk province has devoted much of his life collecting and publishing folk songs and tales.

Rest in Poland in September: price ...