Airport Brugge diagram photo. How to get to Brugge Airport

Articles about Bruges
by aroundtravels 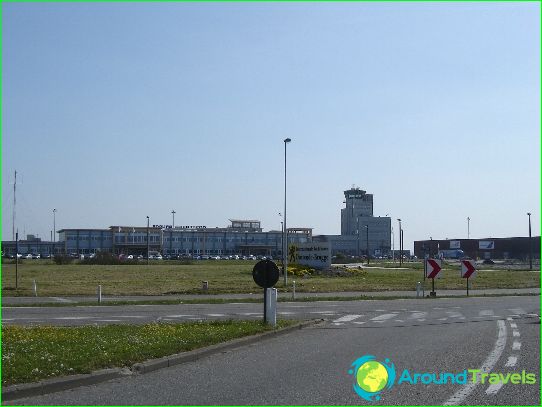 Belgian airport serving the city of Bruges,It called airport Ostend-Bruges. The airport is located in Ostend and is located about 25 kilometers from the city of Bruges. Just a kilometer from the airport there is the North Sea, and is located 10 kilometers E40 highway.
The annual flow of passengers is not so great, hereIt served a little more than 230 thousand passengers a year. The airport is mainly used for freight traffic each year are served by approximately 60 thousand tons of cargo.

The airport was used extensively during the SecondWorld War II, when he played an important role in the Battle of Britain. After the war the airport in Bruges received international status and began to carry out its first flights to European cities.
In 1992, the airport was transferred to the Flemish Community, in the same year he received a new name - airport Ostend-Bruges.
From May to December 2003, the largest low-cost airline flying to London City Airport.

Brugge Airport is ready to offer its guests all the services on the road. Hungry travelers can visit cafes and restaurants in the terminal territory.
Also, the airport is ready to please the tourists a small area of ​​shops, where you can find a variety of goods - from souvenirs and jewelery to food.
For people with children in the territory of the terminal there is a mother and child room. Also, children are special games rooms.
In addition, the airport offers a separate lounge, with a high level of comfort for tourists traveling in business class.
Among other services offered airport are: ATMs, banks, internet, mail, luggage storage, parking, etc.

The city of Bruges from the airport can be reached in several ways. Regularly from the airport to the train / railway station and back train departs. Also to w / d bus station №6 walks.
Alternatively, the taxis can be offered. For a higher fee for a taxi, you can reach any point in the city.