The most beautiful city of Belgium - photo

The most beautiful city in Belgium 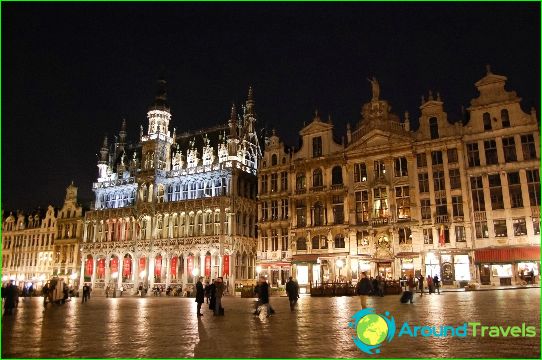 Belgium - interesting and unique country, nothaving a large tourist flows. Most often, the city of the country visited during the tour route on the Benelux (which includes the city of Belgium, Netherlands and Luxembourg). But do not believe that Belgium is not worthy of attention, just the opposite! Belgium - a rather successful country, has many well-preserved monuments, interesting castles, luxury hotels and high standard of living. In addition, the country is visited by tourists, pursuing certain goals: lovers of chocolate or beer, as well as tourists who want to buy quality diamonds at a good price.

Brussels is the capital of Belgium. In fact, everything that the majority believes Brussels - a 19-city communities, together forming the metropolitan region. But then we shall mean by Brussels Capital Region. Apart from the fact that Brussels is the capital of Belgium, he is also considered the main city of the European Union. Also in town is NATO and the Benelux management head office. As for memorable places, their number is not inferior to many of the capital cities of Europe. The main attraction of the town is undoubtedly the central square "Grand Place" - the most beautiful square in Europe. Not far from this area is no less popular attraction - the statue of Manneken Pis. Not so long ago, in 1987, there was a friend of Manneken Pis - Manneken girls. The last thing I want to highlight in Brussels - this park Mini Europe, where you can look at many of the great buildings of Europe, they are more than 300, in 1:25 scale.

Bruges - incredibly quiet city witha very large number of museums and churches. Pick your town reached in the XV century., At the time it was considered the center of trade, and thus developed. After the river became shallow, Bruges lost its status and stopped in development. Tourist interest in the town appeared with the advent of fashion on the medieval romance, it is from the moment of Bruges began to take its former popularity. At the beginning of the article mentioned that many tourists come to Belgium for the chocolate, about 100 years ago, invented the praline in Bruges. Of course, special attention should be paid to the museum of chocolate, as well as the autumn festival "Shoc in Brugge», which is made from chocolate sculptures and chocolate fountains run.
This completes the review of Belgium's most beautiful cities. But we must understand that there is much more interesting cities, such as Antwerp, Ghent, Dinan, Mechelen and others.