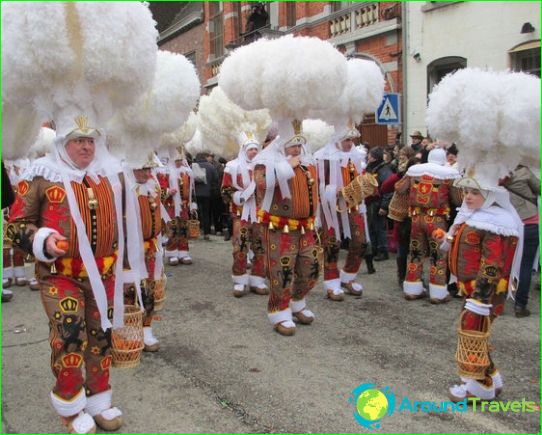 The population of Belgium is more than 10 million people.

The national structure of Belgium:

The Flemings, who are descendants of the Frisians, Saxons andfrancs, and the Walloons (descendants of Celtic tribes) - the indigenous population of Belgium. Today Flemings occupied north of the country (East and West Flanders) and the Walloons - the south (main place of residence - Liege, Brabant-Wallon, Hainaut).

On the 1 sq km is home to 342 people, but the most populated Flemish Region (Brussels, Ghent, Leuven, Antwerp), and low population density, is characterized by the province of Luxembourg (Ardennes mountains).

On average, Belgians live up to 80 years. This high rate is largely due to the fact that the state allocates more money on health care than the average in the European countries (10.5% of the total structure).

It is worth noting that over the past 20 years in Belgium began to smoke less (the number of smokers has decreased from 40% to 20%). But the number of people who are obese, on the contrary, increased from 10% to 14%.

Traditions and customs of the inhabitants of Belgium

Residents of Belgium - friendly people who love beer (the country produces more than 600 varieties of beer).

As in Belgium ancient crafts alive, it is worth to get a copper kitchenware, lace handicrafts, carpets.

Belgians like to celebrate the festival of chocolate,which is held annually in the city of Bruges. Here, everyone wants a chance to try the author's masterpieces from chocolate made hundreds of confectioners not only from Belgium but also throughout Europe.

It is equally loved by Belgians festivals. For example, at the carnival in Binche (February) attracts everyone, including tourists, to watch the parades, performances on the streets of the city, could move dance on the square, and in the evening - enjoy the fireworks.

Home Belgian tradition - to give goodeducate their children so that they can acquire a profession and get a place in life. Prestigious considered to give children to study at the Royal Belgian colleges.

If you are thinking to Belgium, keep in mind thatsouthern regions you may be fined if you pollute the environment, for example, the garbage (paper, cigarette butt), thrown to the ground, you will be fined 50 euros and 150 euros - if you throw garbage near the urn.