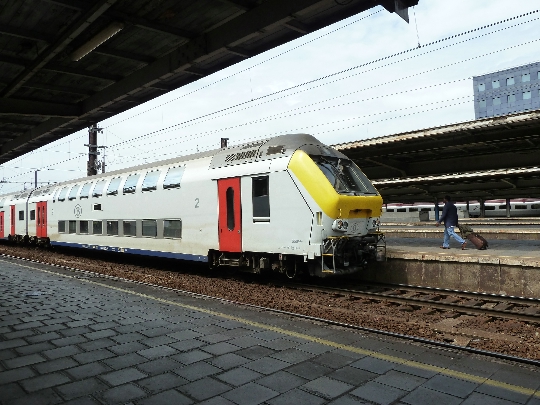 Belgium entangles dense railway network. The main assembly of the railway of the country - Brussels. From there to get to any point of the state can be a couple of hours. Belgian railway transport interchange is considered Europe. Train - this is the most convenient transportation to move around the territory of Belgium and neighboring countries such as the Netherlands, France, Germany and others.

Belgium Trains are available to the public. Ticket price is low, and many passengers get discounts on travel. Many used trains are swift and belong to the categories of IR and IC. Domestic and regional trains ply that make a lot of stops.

Train schedule in Belgium can be found atOnline http://www.belgianrail.be Belgian railways. Rail transport in the country is very popular. Belgian trains considered to be the fastest in Europe. In every locality of Belgium has w / d station. The total length of railways is about 34.2 thousand km. Go round all the territory can be 3 hours. Extensions Trains are divided into the following types: electric; inter-IR; intercity IC.

In Brussels, it is located just three stations: Northern, Central and Southern. The trains run all these stations. On the right train, you can land at any of the stations. Train schedule in Belgium taken at each station. It lists a departure time, type of train, stop, and other data.

Train tickets can be purchased in Belgium beforedeparture. Many passengers do not buy tickets in advance. Before leaving, you can find the train schedule. It is monotonous, so passengers can not worry about the changes. Trains leave every hour from every major station. To find out the schedule, take a look at the English-language version of the resource http://www.b-rail.be.

People who regularly travel,They prefer to save for the trip. Make it very easy if you use the Weekend ticket or a weekend ticket. These special tickets for the train costs can be reduced by half.

To purchase a train ticket before boardingplease contact the box office at the station. Many stations have vending machines for tickets with a clear menu. Tickets may be purchased at any station, and train. On the ticket stated destination and date, so it is not tied to a specific train.