Home>Articles about Belize>Coat of arms of Belize: photo, value, description, 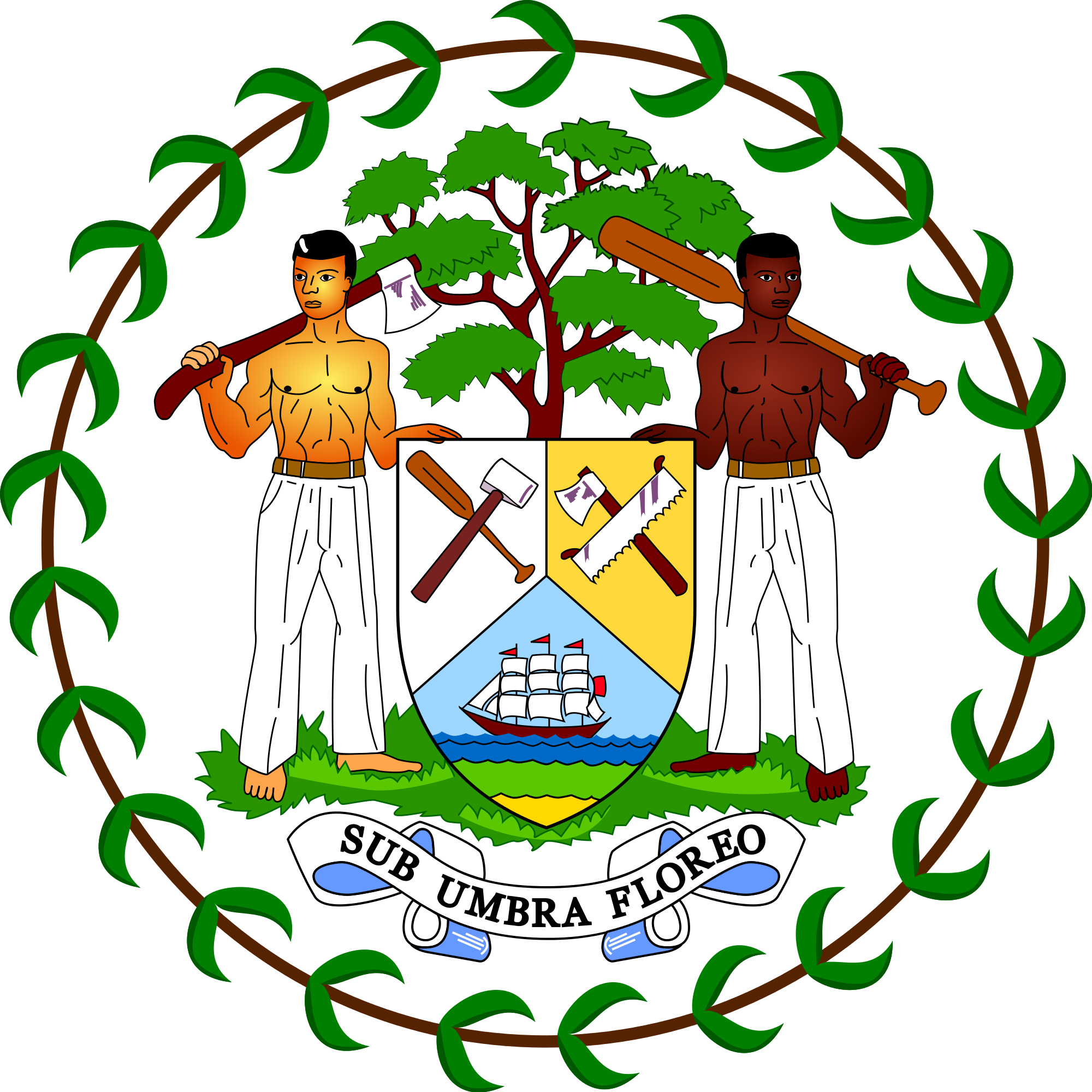 The British Empire, its far-flung networkin the twentieth century, it was forced to give up many of the Overseas Territories, their colonies. Thus significantly increased the number of countries on the planet. Among their first independent steps - the introduction of new state symbols. Unlike many countries, Belize coat of arms since colonial times has changed slightly. This suggests that the authors of a very serious approach to the development of the colony coat of arms by the important elements of the country's life, who have not lost their relevance with a changed political system.

"Under the canopy thrive"

It sounds like that the state motto of Belize,written on the arms. For inscriptions selected roll white color corresponding to the silver in heraldry, with azure underside. The essence of the motto is clear, if we carefully consider the main element - mahogany, on which depends the prosperity of the country as a whole and each of its citizens.

In general, the coat of arms of Belize is more similar to the logo, because it forms the border round looped branch with twenty-five leaves. Inside the symbolic circle placed the following important elements:

This theme continues Supporters - Aboriginesand stressed that the country's people live, and having dark (mulatto), and light (mestizo) skin color. With one hand they hold the shield, and the second arm each as busy working tool. In a representative Indian race in the hands of an ax with a long handle, designed for cutting, his "colleagues" in the hands of the paddle, as the wood was floated from the upper reaches of the rivers to the delta.

In the lower part of the shield depicts a beautifulsailboat. When Belize was a British colony, it was on such vessels mahogany dispatched in advanced countries, including the UK. Wood had a very high value because, first, there was a very strong and durable, and secondly, had a beautiful reddish-brown shades, do not require additional painting. On the contrary, from it manufactured dyes for textiles, but the widest range of applications - furniture industry.

Airport Tula: diagram photo. How to get ...