Articles about Cambodia
by Tori 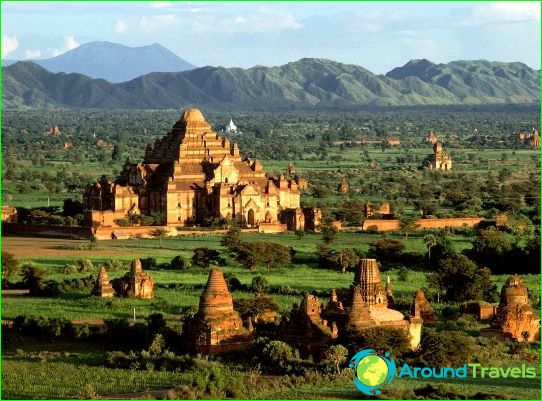 Almost all provinces of Cambodia (total - 23) have a very difficult-to-Slav names, and the melodiousness reflect the local language and symbolism.

Cambodia - a country whose main wealthis a unique tropical nature. The number of birds, reptiles and fish in the hundreds. Record for the number of species of fauna is considered the Tonle Sap, the unique biosphere reserve. The second most biologically significant areas are the mountains Kravan, which are located on the east and north-east of Cambodia. South-west of the country is ready to introduce a European tourist with the natural richness of the National Park Botum Sakori.

In the unanimous opinion of the indigenous inhabitants of Cambodiaand its many visitors from abroad it was awarded the honorary title of Angkor Wat, the world's largest temple complex, built to honor the Hindu god Vishnu.

And here absolutely not required advertisingcult place of Angelina Jolie, who plays Lara Croft. And so, every other tourist, getting in Cambodia, plans to visit the unique temple of Angkor Wat, consisting of three levels, five towers and a set of stairs, passages.

In general, the complex is located about 200 different sites, including:

The province, whose name sounds very tasty,- Kampot, is also the center of attention of tourists. The same name is the administrative center and the river on which it stands. On its banks built many French villas remained from the time of French colonization.

Among the places worth visiting in the provinceKampot, tourists themselves noted cave temples that predate the famous Angkor National Park, Bokor and Popokvil waterfall. there is a bridge, with which you can move to the other side and drop down below to see the magnificent spectacle of the falling water over it.

Where to go with children in Rome. Entertainment ...