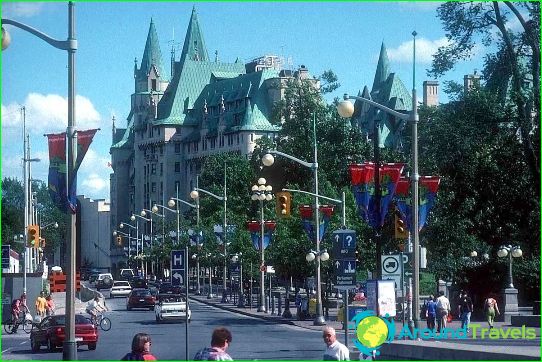 Official policy pursued by the Canadiangovernment - is multiculturalism. In other words, the culture of Canada - is a powerful fusion of national customs of the indigenous Indian population with features introduced by immigrants from many different countries. Another important part of the Canadian reality - the two official languages ​​spoken by the inhabitants of the country. Differences of cultural features of French-speaking and English-speaking Canadians are quite obvious, that does not prevent the guests to absorb the country's best and most exciting side of Canadian cultural life.

The museum paradise of the Western Hemisphere

Culture Canada's easiest to be studied innumerous museums, working in the largest cities of the country. If you count, they recruited a few hundred, and each of them is worthy of the most comprehensive tours:

Aborigines and their culture

The earliest inhabitants of the territory of modernCanada were the Eskimos and Indians. Their creativity and tradition are the basis of today's culture of Canada. Some of the most valuable exhibits of museums - a sculpture by Inuit carvers of wood or animal bones. Sculptors drew their inspiration from nature, and amulets and masks made by them, do not lose their uniqueness over time.
The Indians have created other charms - totemicpillars, which reach heights of fifteen meters. These carved masterpieces still decorate the streets of Canadian cities. Equally important in the development of culture in Canada and played Indian legends and stories, ritual songs and dramatic performances, enacted by them in honor of certain events or situations.

Rest in Belarus in October: prices and ...