Home>Articles on Canada>North Canada - photos. What to see in the North of Canada

North Canada - photos. What to see in the North of Canada 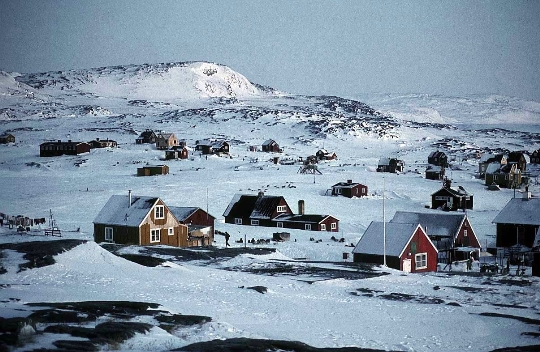 Most of northern Canada is located on theuninhabited land. Therefore, the nature of this land is clean. There go the travelers to admire the majestic mountains, lakes and forests, enjoy the fresh cool air. North of Canada - this is the most extensive region of the country, sparsely populated and harsh.

The northern part of the country is in the zonesubarctic climate. It is characterized by long winters, short and cool summers. Night frosts occur here even in the summer. During the day the air can be warmed up to 15 degrees. In winter, this area is very cold - the temperature reaches -45 degrees. Water is covered in ice for almost a year. For this reason, the northern lakes and rivers are not suitable for humans. It is impossible to move freely and fishing, with the exception of summer days. In this part of the country falls relatively little precipitation but frequent frosts. The plant world is no different variety, but here are the thick forests. North of Canada presented forest tundra and tundra, under which people live hard.

North Canadian culture has its own peculiarities. Residents use to communicate in English and French. The biggest area of ​​this region is considered to be the capital of Nunavut in Iqaluit city. Here is the heart of Canada's North, where many tourists tend to get. Among the local population there Eskimos rarely used Eskimo. The region is considered to be quite poor, since the cost of living is high. Consumer Goods in the north is expensive. Therefore, the government subsidizes constantly reporting region. Eskimos owns the land, referred to as Inuit Nunangat comprising four regions. An important part of the culture of this nation has always been the use of natural resources in the Arctic. From this it depends directly on their economic and social well-being. Hunting polar bears - it is the exclusive right of the Eskimos, which is implemented in order to meet their vital needs.
Travelers come to fish onnorthern lakes, where the pike is found, trout, walleye and other fish. For fishing and hunting special permits are required. Prey for hunters are bears, moose, caribou, bison. Hunting in the Canadian taiga linked with great dangers. Tourists do not go into the forest without a guide, who thoroughly knows the forest and the habits of wild animals. To get to remote areas of northern Canada direct flight impossible. First, you need to fly into a major airport in the country (in Quebec or Ontario), and then transfer to a small plane to be on the menu. Exotic means of transportation are dog sleds, which usually move northerners.

The suburbs of Warsaw - photos, what to see

Airport in Krasnoyarsk: diagram photo. How to get ...