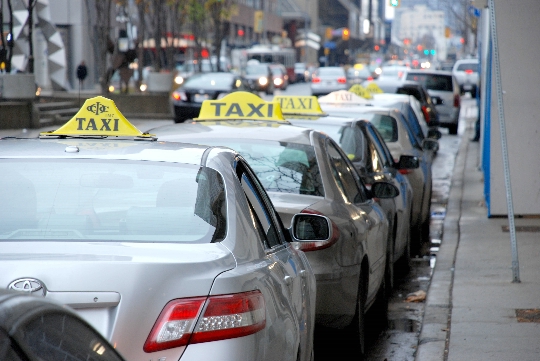 Taxi in Canada - it's not too cheap pleasure, but very popular. Explain this fact several reasons.

The fact that not too developed Canadabus traffic. And if the buses and shuttle, the routes of the journey may be very far from home. Minibuses, as such, is not at all in Canada. Therefore, even if sometimes want to go by bus, you will need to stop to walk 30 minutes.

Owning your own car is not too cheap pleasure, so once a week cheaper somewhere to go for a taxi than to fill and maintain the personal car.

Canadians living in the downtown, are not able to leave the car near the house, because there is no parking. Therefore, it is easier to go out and wave a hand, beckoning a taxi approaching the car.

Features of the Canadian taxi

Taxi in Canada is significantly different fromthat we are used to observe people in Russia. Dial a number, you have specified the address and phone number, called back and reported that the car drove up. And here in Canada, so taxis do not cause. Dial a number, reported the address at which to call a taxi and ran to descend. Because the car drove a taxi will be waiting for you for a long time. Wait 2-3 minutes and leave. The fact that a taxi waiting for you, no one will not disclose.

The competition among taxi drivers is very small,because licenses are very expensive, so let them alone can not everyone. The market is divided into a taxi for a long time, "trade unions" vigilantly monitor that private cab drivers are not squeezed into this niche occupied.

The fare in the taxi made over the counter. Plus, every taxi driver waits for customers on a good tip, which does not necessarily give. Not every driver is ready to provide you the opportunity to pay the fare by credit card. Before you call a car, make sure that you will be able to carry out cashless payments in case of need. For landing in a taxi to take you around $ 4. And then you will be paying about 25 cents per 150 meters of track. By the way, the prices Canadians constant. Therefore, regardless of the day of the week or time of day, pay the fare will not change.