Articles about Caucasus
by Hayden 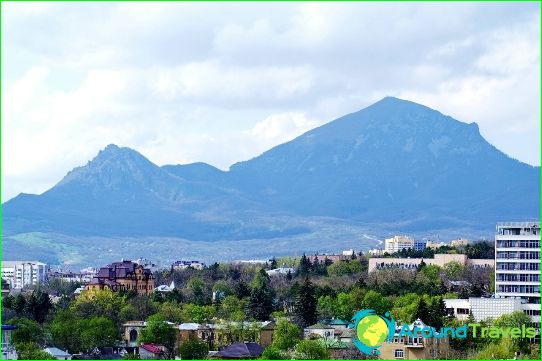 Among other southern cities of the country, it is highlightedespecially because for a long time Pyatigorsk has a status of the main mud and Russian spa resort and tourist center of the Caucasian Mineral Waters. Lovers of fresh mountain air and magnificent scenery preferred to buy tours to Pyatigorsk hundred years ago, but today the resort has many loyal fans and the entire post-Soviet space.

On the slopes of Beshtau

That's the name of the famous mountains gave the namea spa town, in fact, translated from Karachai Beshtau means "five mountains". City appeared on the map of the Russian Empire in 1830 and immediately began active construction of hospitals and health centers. The second half of the XIX century was marked by high royal attention, and the resort became the summer residence of the imperial family.
Then the foot of the mountain Beshtau was connected direct rail link with Moscow and tours in Pyatigorsk proved very popular with holidaymakers of every persuasion.
Today Pyatigorsk resorts have a widerange of medical resources. One only mineral water here, there are more than forty species. Sources differ on the composition of water, and the temperature and the lake Tambukansky generously shares with the people of healing mud.