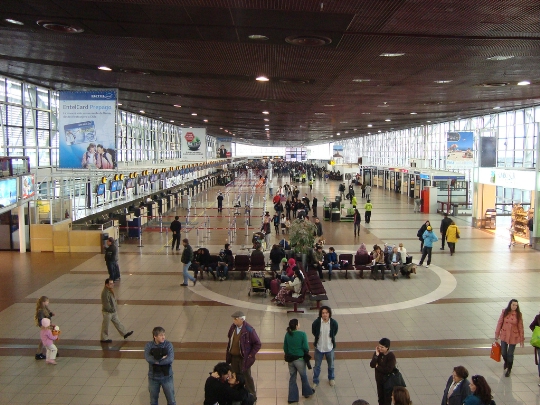 Fly to South America is always a long and expensive,but such travel will still have more advantages than disadvantages. Firstly, it can legitimately be winter in the calendar summer, and secondly, on the part of the programs of excursion, historic sights and natural beauty of this continent will give a hundred points to any other. A great vacation begins on board airlines and the airport continues to Chile in Santiago, where the flies most European flights.
Russian traveler prefers the wings of AirFrance or Air Madrid with connections in Paris or Madrid - a convenient and democratic price. In the sky will have to spend at least 19 hours, excluding direct.

Just count the number of air harborsSouth American countries can only Chilean Ministry of Transport - at last count them there more than two hundred. The status of international assigned to just a few, and they are interested in the potential of foreign tourists:

The main air gate of the country's servicedozens of areas, not only in South America but also in Oceania, Australia and the North American continent. Chile Airports in Santiago - the sixth in South America by passenger traffic.
It offers waiting flight - more than 70 duty-free shops, several hotels, 20 restaurants and cafes. In the arrivals area, you can change currency and rent a car.
Dozens of flights operated dailymany flights to all continents, including Air France and Air Madrid, whose flights to France and Spain - the longest of these direct carriers.
To get to the city by taxi or bus. The average cost of a transfer by taxi to the center of Santiago is $ 15 (as of September 2015). Bus companies Centropuerto connect the terminal to the train station in the capital.

On a visit to the stone idols

The most exotic and mysterious of the planetEaster Island in the Pacific Ocean belongs to Chile. It opened Mataveri International Airport, which serves the LAN Chile airlines operate regular flights to Easter Island from Santiago and from Papeete on Tahiti. Season here land and LAN Peru airplanes from Lima.