Home>Articles about Costa Rica>Coat of arms of Costa Rica: a photo, a value description

Coat of arms of Costa Rica: a photo, a value description

Coat of arms of Costa Rica 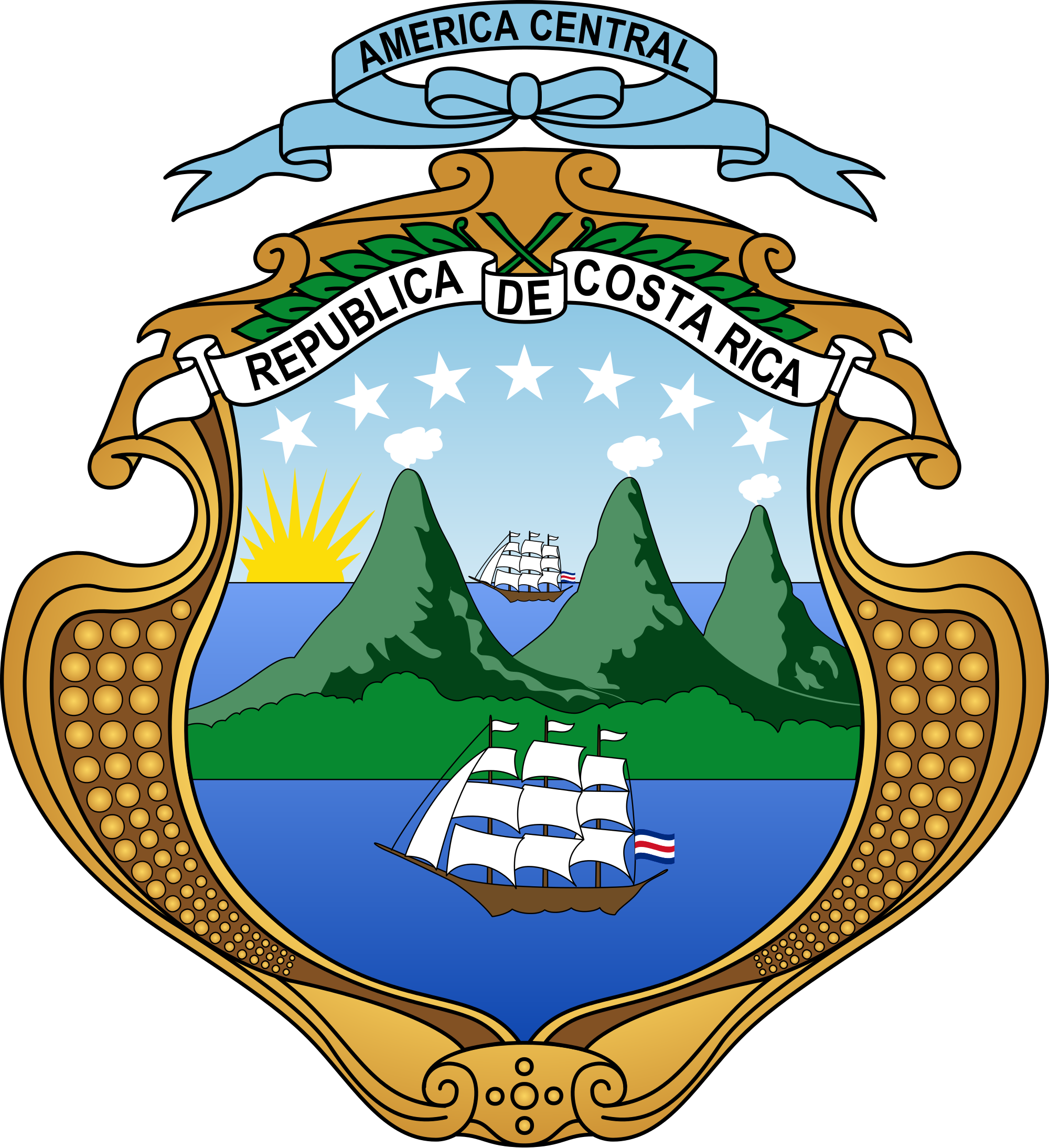 State emblem of many countries havecomplex composition, a plurality of elements and symbols. But the coat of arms of Costa Rica reflects the country's geographical position, its natural resources, as well as major events of the recent past.

The government of Costa Rica is located in the cozyCentral America, on the one hand its shores are washed by the Pacific Ocean on the other - the Caribbean Sea. This convenient geographical position powers could not find a reflection on the main official symbol. The centerpiece of the shield covers the landscape, its main heroes are the mountains and the sea.

Apart from these, important elements of Costa Rica posters are:

Mountain peaks depicted in the coat of arms of Costa Rica,there are, in reality, they are the pride of local residents. Through the whole country extends a chain, and between them - Central Plateau. Here - the most fertile soil and the largest concentration of people in the country.

The emblem of the country there are not just mountains, butand volcanoes, including: Arenal - the most famous volcano Irazu - high-end height, Mount Chirripo, which is considered the highest peak in Costa Rica.

Oceans - a reminder of the favorablegeographical position and powers that the water wealth is one of the main attractions of Costa Rica is a country-reserve. Mountain and river valleys, volcanoes and lakes, ocean coast, bays, grottos and caves are under state protection, and attract many tourists.

Other symbols and signs

Rising Sun - enough popular symbolWorld Heraldry. Always symbolizes the desire to light, enlightenment, wealth. On the arms of the heavenly body it has a long bright rays. The stars represent the seven provinces, which are divided into Costa Rica.

Sailboats on the emblem symbolize the development of theNavigation, talk about the country's maritime history. Gold beads that adorn the edge of the backboard, coffee show, which at one time was the leader among the goods on their way for export.