Articles about Cyprus
by Kristian 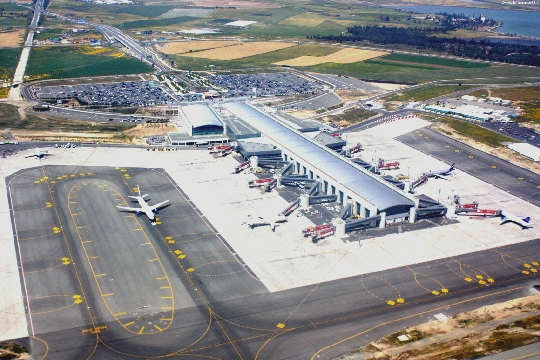 The beaches of the island of Aphrodite loved Russiantourists for cleanliness, food - for the generous portions, and the weather - for a special softness and a great number of sunny days. Airports of Cyprus take the height of the season a large number of travelers who arrived from Moscow on regular flights of "Aeroflot" and charters. Travel time from the Russian capital to Cypriot air harbors ranging from 3.5 to 4.5 hours, depending on the airline.

Divided into two parts, the island of Cyprus hasits credit three international airports, one of which is located on the territory of the Turkish Republic of Northern Cyprus and the rest are under the jurisdiction of the Republic of Cyprus:

Metropolitan Air Harbor Island is located on theTurkish territory, and it is used by tourists who arrived on holiday in the resort of Northern Cyprus. Airport appeared on the map of the island during World War II as a military airfield of the British Army.
These airlines fly from Turkey, Denmark,Belgium and the Turkish company Freebird Airlines operates flights to some European cities and capitals - Berlin, Amsterdam, Brussels, Paris, Vienna and Zurich.

Cyprus Airport in Larnaca servicesthe eastern part of the country and is the largest on the island. Only a terminal departure area on the upper level and the arrivals hall - on the bottom.
For those wishing to take a car to rent inpassenger terminal opened rent-car offices. The cheapest transfer to the city is available on bus routes 417, 418, 419 and 425. A taxi will cost considerably more expensive. From the bus station Larnaca you can reach the resorts of Limassol and Ayia Napa.