Articles about Paphos
by Back

The beaches in Paphos 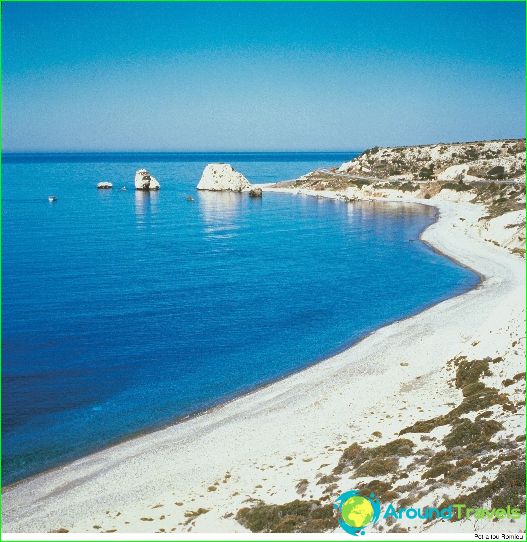 Paphos has next to several Cypriot townequipped beaches, however, the vast majority of them - pebble. Maybe on gravel and so convenient to walk, but it has one distinct advantage - after a holiday on the beach so it is not necessary to shake off the sand catching. Therefore, the subject of our review will Paphos beaches.

When it comes to Lara Beach, is in fact aThis name hide two different beach. They even are not next to, and on either side of the Akamas peninsula. These places are those in Cyprus is considered sanctuary, therefore, no hotels, no umbrellas, deck chairs, you will not see here. In addition, there is a ban on fires, etc. Pull up here can only be on a dirt road. This huge reserve of endangered green turtles. If someone is lucky, he will see a half-meter sea inhabitant, which is already 150 years old.
Habitual asphalt is not, so the stafftravel companies rush to tell all about the roads, except to overcome terrain vehicle. But do not rush to indulge in the race for survival off-road, as the road this even and uneven, but it is quite possible to overcome on a city car.

From the Greek name Aphrodite made realbrand under which serves malovyrazitelnoe Bay Petra tou Romiou tourists. The fact that, according to mythology, the ancient Greek goddess was born here. To be born "from the sea foam", she did not think of a better place than the pebble beach. And so our enterprising contemporaries invented accompanying signs that if the swim several times in a certain direction, the specific wish will be granted. Embark on a swim can only be included in the offer the game, but pay homage to the principal symbol of the island is still worth it.

The tour begins in honor of Aphrodite fromGreek stone. They commit swim wishing to rejuvenate women. Men are encouraged to do the same, to become invincible. If the couple is swimming, there is a belief that after that never leave. Further the way lies to the Sanctuary of Aphrodite. Visit Aphrodite better at night, in order to avoid peak daytime hours.

In Laci village at the base of the Akamas peninsula there are two large pebble beach. Like most beaches in Paphos, are rocky and have an uncomfortable boat ramp.

But where are the best beaches in Paphos? In the coveted sand is easily accessible by city bus in just 15 minutes. The most comfortable beach in the vicinity of the city - this Coral Bay. There are so many taverns and small restaurants, also has sun loungers and umbrellas. However, there can be quite crowded in high season. The other side of the bay is called Corallia Bay. She was chosen by surfers. Nearby is the famous Bird Park.

Beaches of Cancun: photo. The best sandy beaches in ...