How to fly from Paphos to Moscow? Time of flight Paphos - Moscow

Articles about Paphos
by Meri

How to fly from Paphos to Moscow? 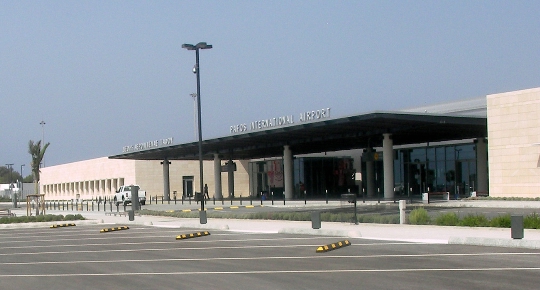 In Paphos you could relax on the beach PaphosMunicipal then, have fun in the water park "Aphrodite" and night club "Paradise Place", to admire the mosaics in the temple of Dionysus, go to concerts and various representations, arranged in the ancient Odeon Theatre, see complex "royal tomb", to play golf in the golf center " Elea Golf ", go to the fishing village of Latchi, the Akamas nature reserve and the catacombs of St. Solomon, as well as to taste various wines at the winery tour" KoliosWinery "? And now is the time to return to Moscow?

How to fly from Paphos to Moscow (direct flight)?

Paphos and Moscow separates almost 2,400 km. This means that the road will take about 4 hours to home. For example, with "Transaero" take you to the house for 3.5 hours (landings will be made in "Vnukovo") and with "S7" - 4 hours (landing in "Domodedovo").

If you are interested in buying tickets Paphos-Moscow, then you should know that in July, April and August, they will cost you 15600-17100 rubles.

For service flights Paphos-Moscow respondsPaphos Airport (PFO), remote from the town center is 6 km (here go buses number 613 and 612). While waiting for departure home, travelers can stay in the VIP-lounge, a snack at one of the cafes, stroll through the duty-free shops, as well as to visit the medical center and bank branch if necessary. As for travelers with children, for them there is provided a room mother and child.

During the flight is to decide how to not deprivethe attention of many friends and acquaintances, and to decide which of them will get souvenirs purchased in Paphos, in the form of olive oil and soap, the Cypriot wines "St. Panteleimon "and" Commandaria ", pottery masterpieces, halloumi cheese, handbags and wallets leather products with embroidery lefkaritika, wicker baskets, silverware.

Where to go with children in Side. Entertainment ...