Coat of arms of the Czech Republic: the photo, value, description

Coat of arms of the Czech Republic 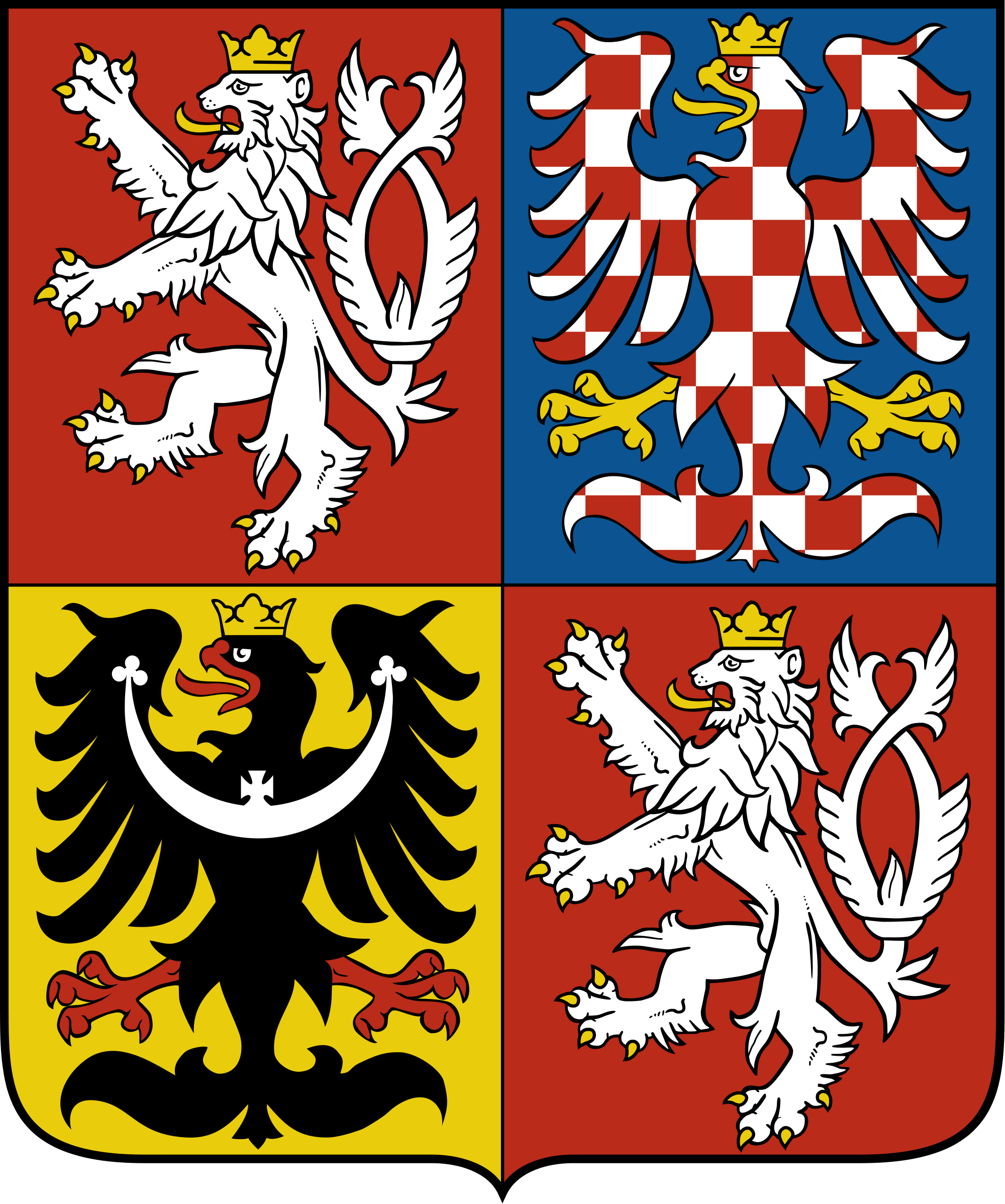 The main character of this small StateEuropean country is very beautiful, rich, and has deep roots. Czech Republic Coat enacted as recently as 1993, at the same time it reflects the events of direct relevance to the Middle Ages. Royal colors and symbols and their combination allows him to take the top lines of the rating the most beautiful world of emblems.

On the official symbol of the state and principalities that existed in what is now the Czech Republic, always attended these or other animals (birds), read at the level of the sacred in different nations.

So, on the first coat of arms of the Czech Republic it was a smartblack eagle on a background of flames and white shield. King Vladislav II in 1158 drastically changes the beautiful, proud bird, at least a proud lion. The color palette is stored in the new symbol there: white - lion; Red - Shield; Black - circuit.

Leo - a strong and courageous animal, a symbol of victory over foreign invaders. At the end of the XII century the lion becomes the crowned person, and later acquires a menacing character - the second tail.

For centuries the country has remained the main symbolimmutable, like the inhabitants of hope for stability and prosperity. In 1526, the Habsburg establish their authority in the Czech lands, a white lion gets its place on the Austrian coat of arms. For many Czechs for centuries it - a symbol of freedom and national identity.

The main symbol of the modern Czech Republic

White Lion returned to the image of the coat of armsthe country in the 1990s, it was the company and the eagle. Now, the main symbol of the Czech Republic is a shield divided into four fields, blue, gold and two red.

The red fields famous Czech imagecrowned lion, which has two tails. On a gold background depicts a black eagle in a crown with a menacing protruding tongue. On a blue background is the image of the bird, only painted in red and white squares. There is another difference between the birds. In a black bird on his chest has a silver crescent, which is located in the middle of the cross, and at the ends - shamrock clover. The feet, beak, her tongue scarlet, and the same parts in red and white eagle made of gold.

In this country it is allowed to use and smallstate emblem, which consists of a scarlet shield and depicted on it a silver lion with golden details (crown, tongue, claws). Preservation of ancient symbols, their use as official emblems - is a sign of loyalty to the time, tradition and country.