Coat of Arms of Denmark 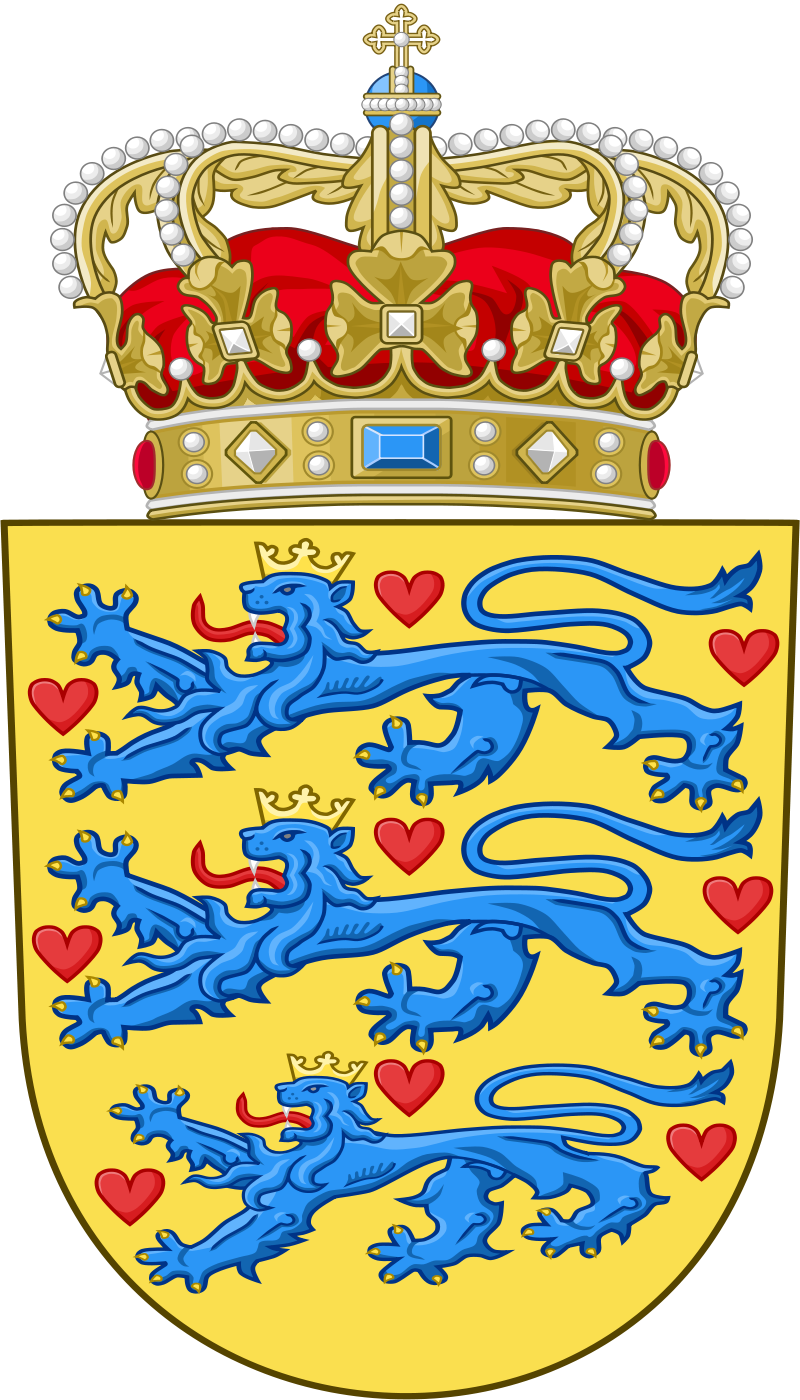 Perhaps, few people thought thatIt was depicted on billboards and banners of the great Hamlet, Prince of Denmark. The modern coat of arms of Denmark as a symbol of the country's main state has a very short history, its image was approved in 1972.

The beauty and majesty

Such determination can be given to the coat of armsmodern Denmark. Despite the fact that the coat of arms is not yet celebrated and fiftieth anniversary of the introduction, the characters that appear in it, have been used in European heraldry since the Middle Ages.

First, it uses a shield of gold color,symbolizes luxury, wealth, success. In gold field is not less vivid characters - the formidable lions, and not the usual, and leopard lions, that is, strength and cunning, multiplied by two. Color animal suit - blue, turquoise, referring to the panel, which was used by kings and people close to them. Nine fiery red hearts, distributed uniformly on the golden field, complete this magnificent picture.

Royal Coat of Arms of Denmark is a much more complex picture, its symbolism in the spirit of European medieval traditions. The main elements of the main character of the Danish monarchy:

The backdrop to all this splendor is a royal mantle - purple velvet lined with ermine fur.

There are a few secrets that are not evensuspect intellectuals. Firstly, they are mistaken who think that the separation of the main field is by carrying out perpendicular lines. In fact, on the shield superimposed image of white and red, with which four fields are formed, each with their own characters.

The first and the third field have the sameimage, already familiar to the modern coat of arms of Denmark - three lion, the nine of hearts on a gold background. In the second field picture is characterized by the absence of a lion. It is a reminder of Schleswig, a former Danish territory, now located within the borders of Germany. The fourth field is divided into three parts. In one of them you can see the three crown, symbols of the Kalmar Union, the union of three states under Danish rule. Two silver fauna symbolize the former Danish territory: ram - Faroe Islands, bear - Greenland.

Treatment in the Czech Republic - the price. Medical resorts ...