Home>Articles about Ecuador>Coat of arms of Ecuador: the photo, the value description

Coat of arms of Ecuador: the photo, the value description

Coat of arms of Ecuador 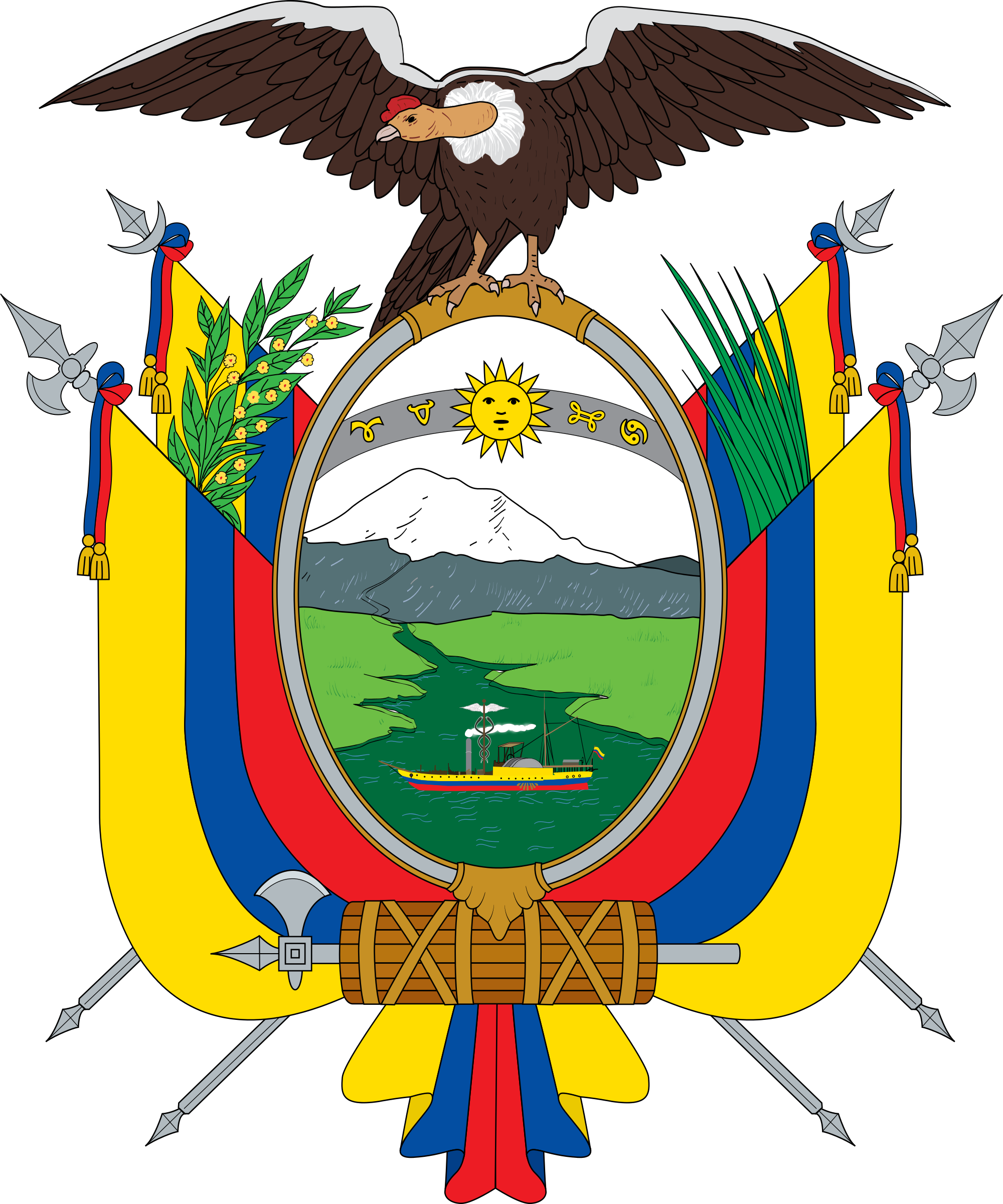 Coat of arms of Ecuador - a product of the evolution of opinion. Modern main emblem of the South American country was approved by Congress in October 1900. Its basis was earlier emblem, which shows the flags of the white-blue-white. Some modern elements of the Ecuadorian coat of arms have been seen on the arms of another in 1830, 1835 and 1843 years, which allows us to make sense of this trend, as an evolution of views. Thus, the coat of arms in 1830 was a practically a copy of the coat of arms of Great Colombia, but it has appeared the golden sun and the signs of the zodiac. These elements were then transferred to the emblem of 1835, and the coat of arms in 1843 already shows a condor.

The central element of the modern coat of arms of EcuadorIt is an oval shield. This shield has been moved from the coat of arms in 1843, but before instead portrayed a shield in the Spanish style. This panel shows the snow-covered peak of the highest point of Ecuador, the extinct volcano Chimborazo. In the nineteenth century this mountain worshiped the highest point on the planet. At the foot of the mountain begins during the Guayas River, which also found its place on the main emblem of Ecuador.

On the river Guayas is one of the largestcities, Guayaquil, where the first ship of the western coast of South America was built. This event took place in 1841. The ship was named Guayas and do not forget to take his place on his coat of arms. However, instead of the usual mast on the boat depicted caduceus. In the upper part of the shield can be seen the golden sun and the signs of the zodiac: Aries, Taurus, Gemini and Cancer. At the top of the oval shield is Condor that spread its wide wings on the four flags of Ecuador. To the left of the panel you can see the laurel, the right - the palm leaves. The lower part of the emblem is occupied fascia.

The symbolism of the coat of arms of Ecuador

It has its symbolism and images together caduceus mast ship Guayas. It represents a successful trade and economic development.