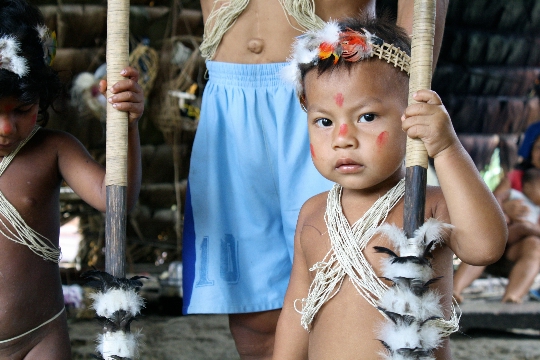 The name of this country speaks for itself -The Republic of Ecuador is located on the equator, and it is here that you can be in two hemispheres, one foot to the north, and the other - to the south of the geographical landmarks. But not only for this storm travelers, local open spaces annually. Culture, cuisine and traditions of Ecuador are no less interesting for tourists than natural beauty and fabulous Galapagos Islands.

Ancient Native American tribes living in the territorymodern Ecuador, once built a powerful empire, a kingdom called Keith. Then it is to conquer the Incas and the Spanish conquistadors, which resulted in a unique culture - varied, motley and unusual. Ecuador Tradition - a customs Quechua Indians, mixed with Spanish religious dogmas and adapted for life in a multicultural society and class. Part of the ancient culture has been completely lost, but many of today's Ecuadorians managed to keep for ourselves and for future generations.

One of Ecuador's main family traditions -appointment godparents of the newborn. Godparents are involved in the education and growing up of the ward, helping both materially and morally support his godson and lifelong. This tradition even helps to build a career and promote business.
Family for Ecuadorians - most important asset. Children are like, the elderly are respected and women are treated respectfully and with care. The younger son or daughter, on Ecuador's tradition, is obliged to take to his parents' house, become feeble, and because nursing homes or elderly people living alone in the country is almost there.