Articles on Egypt
by Nori 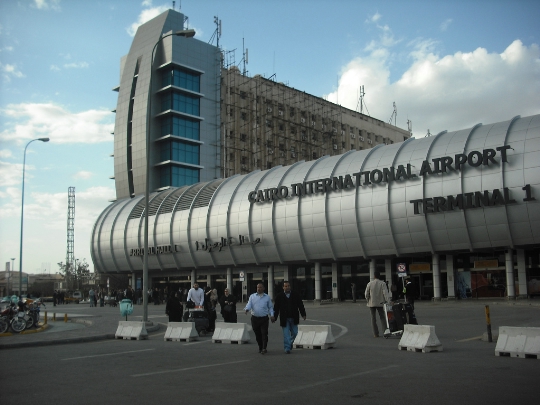 More than a dozen airports in Egypt are takingevery day thousands of tourists on their way to a meeting with the beautiful beaches, treasures of the Red Sea and the unique heritage of ancient civilization. The most popular air gate of the country is located near the resorts and the capital of the country of the Pharaohs. From Moscow to Cairo several times a week flying "Aeroflot" and EgyptAir, and towards the beaches are organized charter flights and regular flights from a variety of Russian cities. Travel time from the capital city is 4.5 hours.

The international airports in Egypt

The main air harbor for the absolute majority of Russian travelers are the airport of Hurghada and Sharm el-Sheikh. In addition, the land can also in these cities:

Egypt Main Airport is 15 km from theCairo downtown. International flights are made from Terminal 3, which has all the air port position for such status infrastructure - shops Duty Free, restaurants, hotels, car rentals and currency exchange.
Airport transfer is carried out oncars, which can be ordered at the exit of the arrival hall. Tour price depends on the class of car and destination. Of the proposed taxi should choose the car of white color, equipped with taximeter.

On the beach holiday

Major airports in Egypt, whose services are used by tourists - is the air gate of the Sharm el-Sheikh and Hurghada.
The first - a regular object of attention of the Russianairline "Aeroflot", "Orenburg airlines", "Russia", "Vladivostok Avia", "Kogalymavia" and some other carriers, organizing regular and charter flights from Moscow, Orenburg, St. Petersburg, Vladivostok, Mineral Waters, Irkutsk, Kemerovo and many more cities.
Hurghada receives daily from the Russian sidethe capital and the provinces. Transfer to your hotel, tourists usually charge accepted by the Company, but also car rental service at the airport is running fine.

Cuisine of Cambodia: photo, dishes and recipes of the national ...