Which sea to Egypt? Sea in Egypt, photos, map

Articles on Egypt
by Back 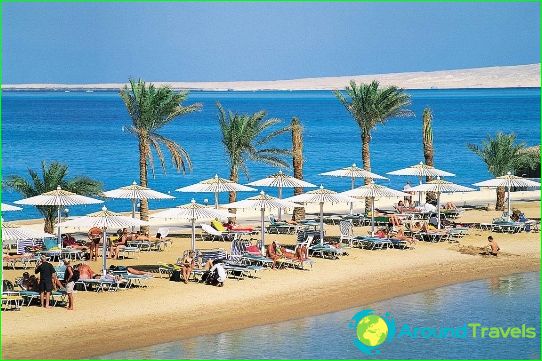 Favorite Egyptian resorts generationsSharm El-Sheikh and Hurghada are located on the Red Sea and that it owes its enormous popularity. And what the sea washes Egypt from the north? Of course, the Mediterranean and that it connects with the Red famous Suez Canal.

The Red Sea is an inland sea andIt belongs to the Indian Ocean. It connects to the Gulf of Aden in the south of the Arabian Sea via the Bab-el-Mandeb Strait. In the north, the Red Sea Suez isthmus is cut to form two narrow "horns" - Aqaba and the Gulf of Suez.
The name of the Red Sea emerged in ancienttimes when the side light in the mythical legends of many peoples have been associated with a certain color. South associated with the red, and so was the sea. Two-thirds of its waters lie in the tropics, so the flora and fauna of the waters are very diverse and picturesque. At the same time the water of the Red Sea are the most salty in the world, and the concentration of salts in it exceeds their content in other seas, sometimes in times!
The tropical climate allows the temperature of the seawater in the resorts of Egypt did not fall below 20 degrees, even in the low season and in the coldest months. In summer the thermometer to 27 degrees in coastal areas.

Among the many lands

It can be described asthe location of the second sea Egypt - Mediterranean. This huge natural reservoir washes the northern borders of the country and it is from here originates important shipping facility - the Suez Canal. Its length is about 160 kilometers, and there are indications that the first version shipping artery was laid still for a couple of thousand years BC. The second and modern Suez Canal was built in the late XIX century, and its opening was attended by many of the royal houses of Europe.
On the beaches of the Mediterranean Sea in Egypt preferrelax the locals, while the foreign tourists popular answer to the question of what the sea in Egypt, considered the only one - "Red." The Mediterranean coast and the Nile delta - one of the largest in the world - a place of residence for more than half of the total population.

Interesting facts about the sea in Egypt

Food in Malaysia. Prices for food in ...