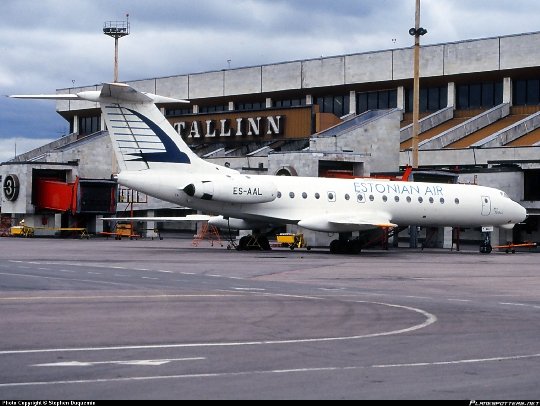 Getting from Moscow to Tallinn is easy andtrain, but allows aircraft to make it faster and more comfortable. Estonia International Airport is associated with the capital of his native Russian wings "Aeroflot" and the company Estonian Air. In the sky will have to spend only 1 hour 40 minutes. From St. Petersburg to Tallinn fly side "Russia" and the same Estonian airlines. The journey takes a little more than an hour.

The only air harbor of the country is located5 km northwest of the center of Tallinn. The city where the airport is located - one of the most beautiful in the Baltic States, and because of tourists on the streets at any time of the year a great many. Transfer from the airport provides both public transport and taxis:

Fans of independent travel can take advantage of car rental in the arrivals area. Its offices here are the company Sixt, Avis, Hertz and Eurocar.

Last renovation in Estonia AirportTallinn was completed in 2008. The passenger terminal was then extended and received 18 new gates and 10 additional check-in counters and a separate area for passengers from countries outside the Schengen agreement, and non-members. Now, the terminal can receive twice as many passengers in its schedule, a host of additional flights. In Tallinn you can get there on the wings of several airlines in the air:

The national carrier Estonian Air has in its schedule for flights to Brussels, Amsterdam, Kiev, Oslo, Moscow, St Petersburg, Stockholm and Vilnius.

The international airport has three Estonianrestaurant, pharmacy, shop Duty Free, a cigar lounge, a bookstore and souvenir kiosks. Send correspondence may be in the post office, go online - at an internet cafe. Service luggage package is available in the registration hall, a currency exchange - in the arrivals area.