The history of Tallinn. The base development, occurrence of Tallinn

Articles about Tallinn
by aroundtravels 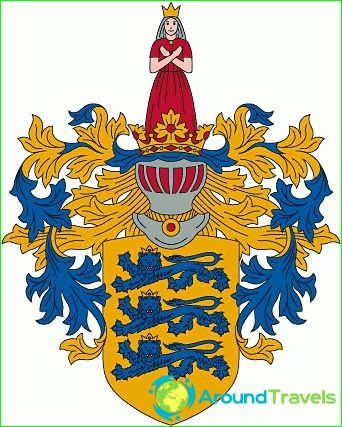 Tallinn - the capital and largest city of Estonia, asalso economic, political, cultural and scientific center of the country. It is incredibly beautiful and interesting city with a rich cultural and historical heritage. Tallinn is situated on the south coast of the Finnish Gulf, just 80 km from Helsinki.

The exact date of foundation of the city for sureunknown. The first written mention of the existence of a small walled city on the site of modern Tallinn, entitled "Kolyvan 'are found in the writings of the Arab geographer Al-Idrisi and date back to 1154 year. The "Chronicle of Livonia" the city is mentioned under the name Scandinavian "Lindanise". After the occupation in 1219 the Danes, Scandinavians and Germans came to be called the city of Revel (Reval). This name lasted until 1919.

In 1248 the Danish king Erik IV bestowedCity Lübeck law, giving it thus a number of privileges and laying a solid foundation for future economic growth. In 1285, Revel substantially strengthened its position to become a full member of the Hanseatic League, and soon one of the largest and most prosperous ports of the Baltic Sea. In 1346 the town was sold to the Teutonic Order, and came under the control landmeystera Order in Livonia, while maintaining their privileges. Incredibly good strategic position of the city at the crossroads of trade routes between Russia, Western and Northern Europe contributed to its tremendous economic growth and development as an important cultural center in the 14-16-s centuries.

In 1558 the Livonian War started, and inRevel in 1561 came under the control of the Swedes and became the administrative center of the Swedish Estonia. In subsequent decades, the city has repeatedly been subjected to the siege of the Polish, Danish and Russian troops. Military operations have caused instability and trade decline. City considerably weakened his position and lost its former influence. After the Livonian War in 1583 and the conclusion of Russian-Swedish peace Revel remained under Swedish rule. Despite some harassment by the Swedes and outbreaks of plague the city gradually developed. There were first manufactory, it has increased significantly and the number of schools ...

In 1710, during the Northern War SwedishEstonia, along with Reval were under the rule of tsarist Russia. After the war, the town began to develop rapidly, so that helped a lot of rapid growth of the industry and the construction of the Baltic railway in the second half of the 19th century.

In 1918 it was proclaimed in RevelEstonia's independence, its capital city, in fact, become. This event was probably one of the turning in the history of the country and the city. In 1919, the city got its modern name - Tallinn.

After only two decades, in 1939a result of redistribution of spheres of influence between Germany and the USSR, the latter actually imposed Estonia "Mutual Assistance Pact", which served as a result of one of the reasons for the introduction in 1940 of additional contingent of Soviet troops in Estonia and its subsequent annexation. In 1941, Estonia was occupied by Nazi Germany, but in 1944 again returned to the USSR. Tallinn became the capital of the Estonian SSR. Return their independence Estonia could only in August 1991.

Airport Kyzyl: diagram photo. How to get ...