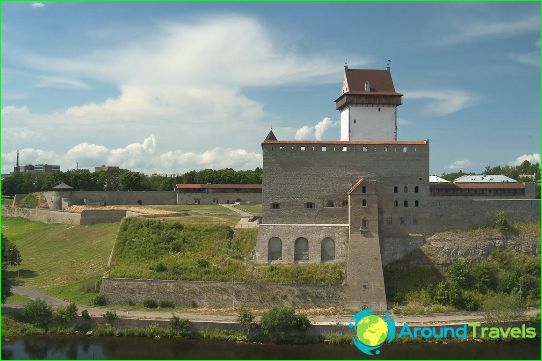 The first mention of this ancient Estoniansettlement accounts at the XII century, and the status of the city of Narva has received in the XIV century. It is considered the most Russian-speaking city in the country, and the local history and architectural sights are weighty reason to book a tour to Narva and become acquainted with the most eastern point of the Baltic States.

The famous Narva Castle was founded in 1223Danes, who moved to the east in their conquests and reached the territory of Estonia today. And the first written mention of the village of Narva is contained in the Novgorod Chronicle in 1171. From the Danish city passed into the possession of Livonia Duchy, to deal with that in front of the castle across the river Narva Ivan the Terrible ordered the construction of the Ivangorod fortress. Ivangorod and Narva, and today is shared by only the river banks, but official border obstacles seem much more serious and require visas and passports.