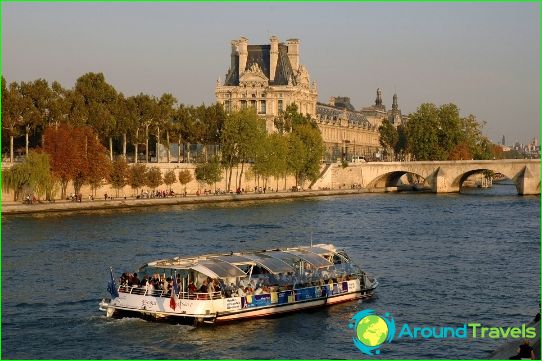 Planning a trip to Paris, capital of France, you must acquire the necessary knowledge in order to know how public transport is best to use and how you can save.

For public transport offers a variety of in Paris, which can be purchased at the metro station and the RER, in the information tour desk, tobacconists, newsagents.

Metro is the easiest and most convenient way to travel. If desired, you can test and other vehicles in Paris, but the financial benefits will be significantly less.

Modern metro consists of 16 branches and 300stations. Be prepared for the fact that many of the stations are distinguished by the presence of passages to the other lines. Metro maps are available for free in the underground ticket offices and in the tourist offices. Schedule does not depend on the holidays, weekends: from six in the morning until half past midnight.

In France, operating electric RER, whichallow to reach the center of Paris to the suburbs. Currently, the number of branches is 5, and complete information about the route can be found on a special electronic scoreboard. Ticket price is standard and is 1.70 euros.

The difference from the RER subway is to covermore zones, but it should be borne in mind that some stations are located in the center of Paris, though they are more distant from each other. In the central part of Paris RER and Metro are combined with each other, resulting in formation of the most important crossings.

In Paris, there are 56 bus routes onwhich move about 2000 buses. This public transport is ideal if you need to pass only a couple of blocks. Bus traffic is carried out from Monday to Saturday from 6.00 to 20.30.

Now you can be sure that a trip to Paris will be easy and fun, because you will be able to move freely throughout the capital of France.

Vietnam Capital: card photo. What is the capital of ...

Vacations in Cuba in July: the prices and ...