Articles on Paris
by Sierra 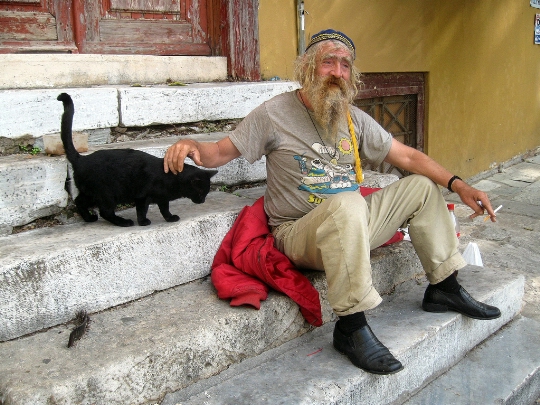 About Paris write too much to believe in"White spots" on his map. Even those who have never been in the French capital can confidently list a dozen of its main attractions, yet in the novels were part of Hugo, Dumas and Maupassant. Local guides will compete with each other in an attempt to convey to the audience the new details of the iconic locations and attentive tourists, the tickets already purchased, enthusiastically heed the old and modern legends. But there is also an unknown Paris, in which no lead tours. His destiny - independent travelers, for whom each trip - a chance to realize themselves in search of the rare tourist route or object.

In the French capital are becoming increasingly popular hikingcity ​​tours, conduct that homeless Parisians. Clochard collaborate with a travel agency, to figure out how to interest experienced travelers and allow anti-social elements to return to a decent life.
Such walks format includes visitsnot the most popular places in town, but it is the lack of tourist crowds and the tour gives a special charm. Unknown Paris, its porches, walls, public gardens and even the toilets have become the subject of study not only visitors, but also the citizens themselves. A special highlight of tours with the homeless - many wonderful Parisian legends, told by "guides" with a special warmth and knowledge of the details.

In the notebook traveler

An interesting attraction in the unknownParis could be any house, park or street sculpture. The most romantic city in the world with the appropriate mood of the guests may like anything:

On vacation with children