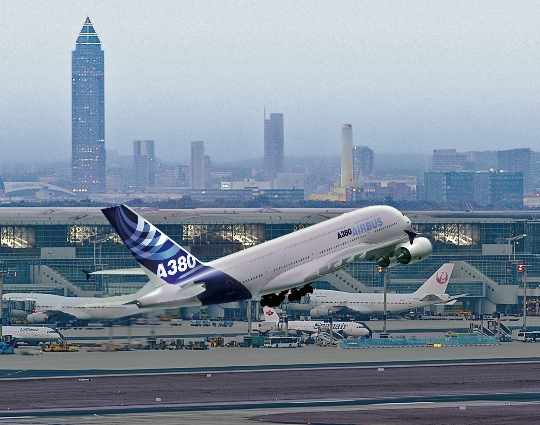 Of the nearly four dozen airports in Germanyof particular importance for the tourists have a number of international, where there are regular flights from the Russian capital. Time to cities in Germany, where the land aircraft airline "Aeroflot", the Lufthansa and Air Berlin, ranging from 2.5 to 3 hours.

The international airports in Germany

The main list of the international air ports, usually used by the Russian travelers:

The main international airport in Berlinnaspolozhen 8 km north of the center. It consists of six terminals, some of which can be regarded as "waiting rooms" within a single building. Terminal A is considered the primary and receives most of the international flights. The terminals based airline Air Berlin, performing flights at very reasonable prices.
Among the carriers appear Turkish,Finnish, Ukrainian, Swiss, Scandinavian and many other companies carrying passengers to all major European cities. Home airline flies even in the United States and Cuba.
Transfer to the city carried on buses andTaxi. X9 stop routes 109 and 128 to easily find the exit of the terminals. Alexanderplatz can be reached by a rented car, rental which are located in the arrivals area.
Additional information about the capital's airport on the site - www.berlin-airport.de/en.

On the wings of Lufthansa