Articles about Baden-Baden
by aroundtravels 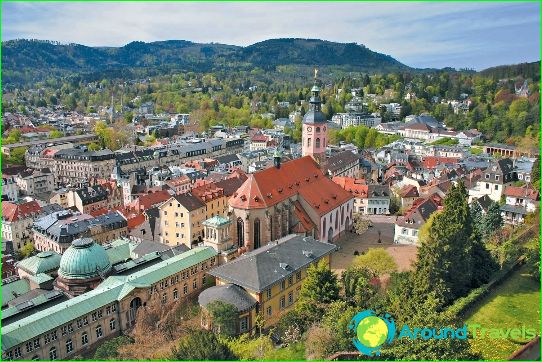 The summer capital of the Old World informallystyled German Baden-Baden. Here you can improve your health in the water, check your own luck in the oldest casino in Germany and counted all the gems on Easter eggs in Faberge Museum dedicated to his work. And trips to Baden-Baden buying wishing to join the society of the rich and famous, is always going to every summer resort renowned German.

The name of the city until 1931 just sounded like Baden. But accustomed to the accuracy of the Europeans so often repeated in Baden Baden, emphasizing the name of the region, and that the city was officially renamed in Baden squared.
Healing springs were at a premium even at theinhabitants of ancient Rome, who built here bath and other entertainment and service establishments. Since then, a lot of mineral water under the bridge in the district land Baden-Württemberg, and the popularity of the resort every year is growing. After the European tour in Baden-Baden began to buy even the Americans, and in Russian at the resort spoke not only holidaymakers, but also sellers in souvenir shops.